What is success? When we talk about “successful” people, we usually think about someone who has a bank account reaching into the billions, a prominent historical figure, or a world leader. But when those successful people are asked about their definition of success, most will say those achievements are not what make them feel accomplished. Here are some of the world’s most influential people and their success quotes.

Chances are if you’ve ever listened to music, Richard Branson has had some influence on it. Throughout his teenage years, Branson struggled with dyslexia and eventually left school at only 16-years old, but he didn’t let that stop him from finding success. After dropping out, Branson started a small magazine with a few friends.

The mild success the magazine had eventually lead Brandon to create Virgin Record groups and signing some of the biggest musical acts in history including the Rolling Stones. Branson ventured out into hotels, retail stores, and even space tourism.

For Branson, the definition of successes isn’t having a private island or a $5 billion net worth. Branson wrote that a truly successful person is someone who is happy:

"Too many people measure how successful they are by how much money they make or the people that they associate with. In my opinion, true success should be measured by how happy you are.” 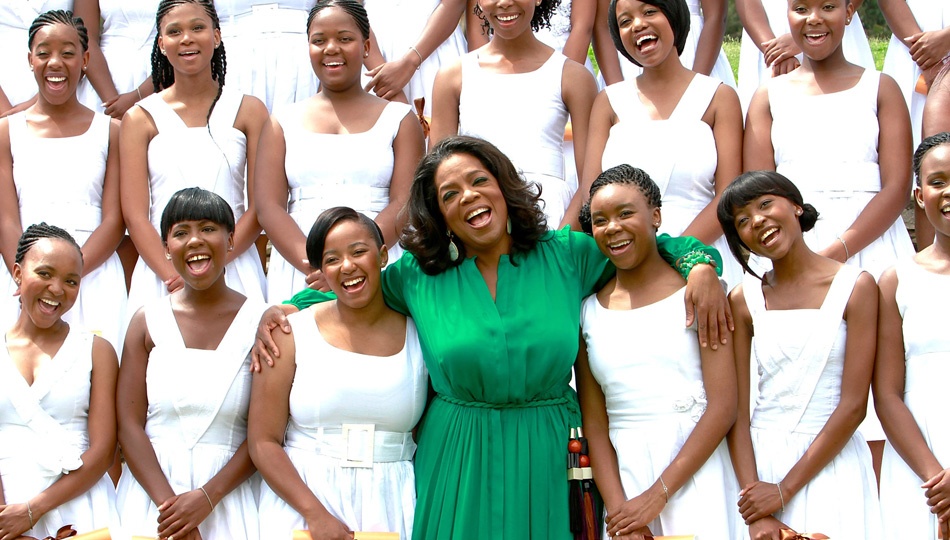 Oprah Winfrey came from humble and rough beginnings. She was able to turn her life around in her teenage years and focused on a television career. Winfrey worked for local Baltimore stations, but faced setbacks and discrimination. When she finally had the chance to have her own show, she continually came last in ratings.

But Oprah never gave up and switched the formatting of her show. Her relatability skyrocketed her to becoming America’s First Lady of talk shows. After the success of her show, Oprah started a magazine, a production company, and multiple charitable organizations. However, for Oprah success isn’t being known by just her first name or being one of the world’s wealthiest women, success to her is all about feeling fulfilled:

“…How to be used in the greater service to life. Ask this question, and the answer will be returned and rewarded to you with fulfillment, which is the major definition of success, to me.” 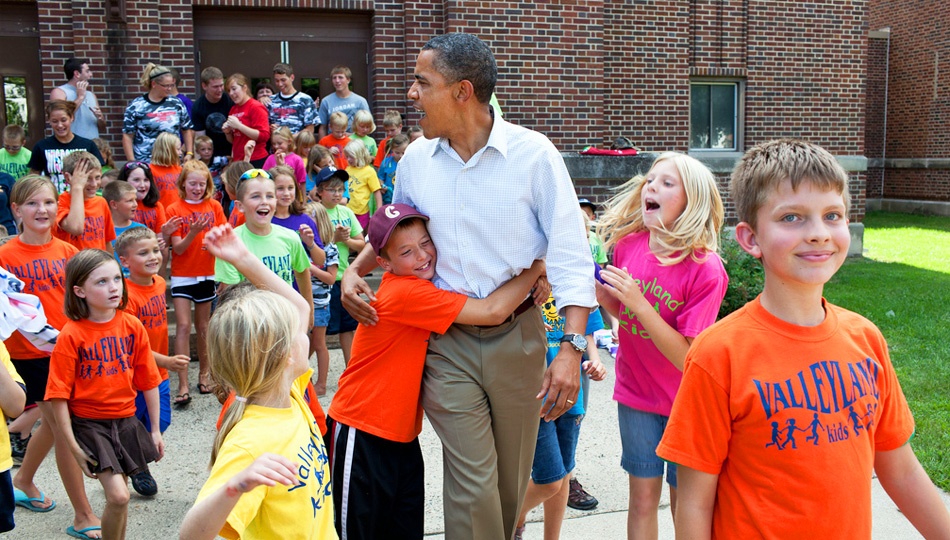 It may be hard for a President to define their own success. It could be walking away from office with a high approval rating, passing a significant piece of legislation, or serving for eight years. For Barack Obama, success was much simpler.

The 44th President of The United States didn’t equate power with success or wealth. First Lady Michelle Obama told an audience that at the start of her husband's career the President turned down high-paying jobs to work in struggling neighborhoods and help people. The First Lady went on to explain:

“For Barack, success isn’t about how much money you make. It’s about the difference you make in people’s lives.”

Stephen Covey dedicated his life to discovering the idea of success and traits that make someone effective. The Harvard-educated author, educator, businessman, and keynote speaker launched into the mainstream with his book “The 7 Habits of Highly Effective People.” Overnight, Covey became one of the most successful authors in the world.

His book stayed on the New York Times bestseller list for an unprecedented 250 weeks and sold over 25 million copies. You might think Covey would give his readers and listeners a clear idea of what success looked like to him, but this is not the case. Covey told the New York Times he believed success was categorically individual:

“If you carefully consider what you want to be said of you in the funeral experience you will find your definition of success.”

Arianna Huffington has appeared on Forbes’ most powerful women list, is a New York Times best-selling author, and one of the most successful media moguls of all time. In 1974, she published her first book and in 1980 moved from London to the United States.

In the early 2000s, she ran for Governor of California and in 2005 launched the award-winning news platform in Huffington Post. Huffington says that even though we tend to think of success along the two lines- money and power- we need to add a third:

"To live the lives we truly want and deserve, and not just the lives we settle for, we need a Third Metric a third measure of success that goes beyond the two metrics of money and power, and consists of four pillars: well-being, wisdom, wonder, and giving.” 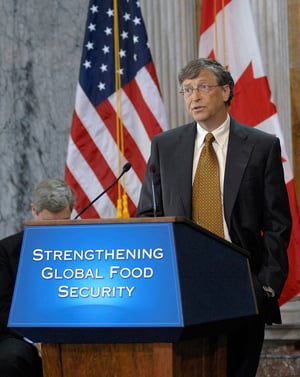 Bill Gates is known for his incredible wealth and success. In 1975, Gates along with childhood friend Paul Allen founded Microsoft. The company and its software changed the way the world worked and can be found on nearly every computer today. When the company went public in the early 80’s, Gates became the world’s youngest billionaire at only 31-years old.

In 1995, Gates became the wealthiest person in the world and since then has either topped the list or been close to the top every single year since. Throughout his career, Gates has used a significant amount of his wealth on charitable donations and started an organization with his wife to fight poverty around the world. When asked about his definition, Gates related success in life to giving back and changing lives:

“It is also nice to feel like you made a difference — inventing something or raising kids or helping people in need.”

Warren Buffett is one of the most well-known and respected businessmen in the entire world. From an early age, Buffet created and sold businesses. He was even able to put himself through college with the profits made from one of his childhood companies. The “Oracle of Omaha” became a lifelong student, learning from each and every opportunity that he was presented with.

Over the course of his life, Buffett's business ventures would go into everything from media, insurance, energy, and the food industry. The celebrated philanthropist net worth would eventually grow to over $84 billion. In 2006, Buffet announced he would be giving away his entire fortune to charity, most of it going to Bill Gates’ foundation. Same for Buffet, the definition of success isn’t money or fame:

"I measure success by how many people love me.”

Before becoming a billionaire and TV personality, Mark Cuban started off with humble beginnings. He grew up in a middle-class family outside of Pittsburgh and showed an interest in business at a young age, but success didn’t come quickly for Cuban. He bounced around the country working various sales and sleeping on friends’ floors before getting into the tech world.

Cuban started to amuse his fortune by founding, selling, and investing in different companies. As his net worth continued to grow, so did his business portfolio to include everything from movies, to being the owner of major NBA franchise the Dallas Mavericks, and even saying he would consider running for President of The United States. However, for a flamboyant personality who lives in the public eye, Cuban has some simple advice:

"To me, the definition of success is waking up in the morning with a smile on your face, knowing it's going to be a great day. I was happy and felt like I was successful when I was poor, living six guys in a three-bedroom apartment, sleeping on the floor."

Legendary coach John Wooden knew the definition of winning. Over the course of his 29-year career, Wooden would lead his teams to 620 victories and ten national titles. Wooden coached UCLA to seven straight national championships - a feat no other team has ever come close to achieving.

Wooden would retire from coaching and walk away from college basketball as one of the winningest coaches of all time. But, beating an opponent was never Wooden’s idea of success. Wooden said in a TED talk:

"Peace of mind attained only through self-satisfaction in knowing you made the effort to do the best of which you're capable.” 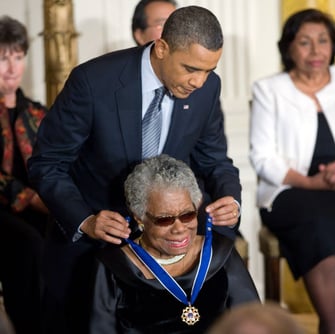 Maya Angelou was an accomplished author, poet laureate, songwriter, director, and civil rights, activist. She was best known for seven autobiographical books, one of which was nominated for the National Book Award. Angelou’s career was full of groundbreaking moments including being the first African American women director in Hollywood.

Throughout the end of the 1950s Angelou worked closely with Dr. Martin Luther King on the Civil Right Movement. At the request of Bill Clinton, Angelou delivered her poem “On the Pulse of the Morning” at his 1993 inauguration. Then in 2010, President Obama awarded Angelou the Presidential Medal of Freedom. Angelou’s success wasn’t defined by being groundbreaking or her award recognition, success is all about liking what you do:

"Success is liking yourself, liking what you do, and liking how you do it."

Thomas Edison was widely considered America’s most prolific inventor. At the time of his death in 1931, he held 1,093 US patents (1,084 utility patents and nine design patents). His record would stand until 2003. Worldwide Edison held 2,332 patents.

Many of Edison’s inventions helped create the world we know today including the light bulb, recording devices, and many more. It comes as no surprise that a man who invented so much had such dedication and a superior work ethic. Edison was known for working up to 60 consecutive hours. Naturally, his definition of success was just as ambitious:

Winston Churchill may have been one of the most important historical figures of the 20th century. In 1939, Churchill was asked to serve as First Lord of the Admiralty by the Prime Minister. Churchill was tasked with holding England together as the world fell apart. He led the country through some of its darkest days and is now considered a hero.

But before 1939 Churchill suffered mostly failures. For much of the 1930s, Churchill was at the low point of his career and kept out of office due to in-party fighting. Churchill never gave up his though and continued to be a public figure. It was the years of failing that prepared Churchill to become a leader and formed his definition of success:

"Success is going from failure to failure without losing enthusiasm.”

College students, young professionals, we all have to start somewhere. Let an international internship help you define your own success. Make an appointment with one of our Enrollment Managers to talk about your internship abroad, or check out your virtual opportunities with our remote internship program, GE Virtuoso!