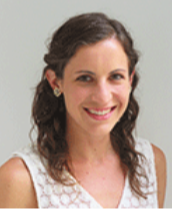 Any Spaniard worth his siesta has partied in Ibiza. And any tourist worth his tapas has run with the bulls in Pamplona. So of course Elon University junior Ben D. had to cross both of those off his bucket list when he did a Global Experiences program in Barcelona this summer.

But what sets apart a serious marketing major from just another student studying abroad? That would be the internship. As an intern at Edelman, the largest Public Relations firm in the world, Ben researched new markets, monitored media coverage for clients and even published a bylined article in an Italian magazine. He went to intern in Barcelona hoping to dust off his Spanish skills, but little did he know he’d also be learning "ciao" and "prego" as he courted Italian giornalistis!

We asked Ben to share a Snapchat of his day, from beginning to end, to give potential interns a taste of life in the City of Gaudí.

With its coastal location, Barcelona has very mild weather - prime for long runs in the summer, which was Ben’s morning ritual of choice. You know you’re a local when you navigate foreign streets with ease! Added plus: students visiting Barcelona in the spring won’t freeze, even in January, when the average temperature is still a brisk 49 degrees. In August, though, life is nice and toasty -- especially in the ocean, where the average water temperature is 79 degrees.

Ben had a traditional Spanish flat, which he shared with Global Experiences roommates. “The provided housing couldn’t have been better,” he says. “My job was five blocks away from my apartment and my roommates were fantastic, thanks to the roommate survey.”

After that quick commute and maybe a café con leche, Ben’s work day would begin. “My internship was exceptional not only because it was with the top Public Relations firm in the world,” Ben says, “but also because of the skills and connections I made.” Of course, Edelman isn’t the only option for marketing students in Barcelona. Other interns have run media campaigns for a luxury travel company, developed social media strategy for a movie script company and promoted the work of non-profits. In other words, opportunities abound, which is one of the reasons Barcelona is a top marketing city. 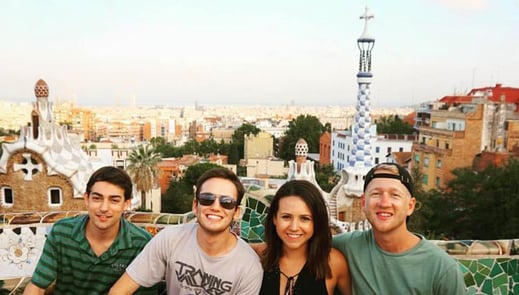 Even though GE interns work 40 hour weeks, there’s still plenty of time for exploring in the evening. Ben visited La Sagrada Familia, an elaborate Roman Catholic church that Catalan architect Anton Gaudí spent 40 years designing in the nineteenth century. It remains unfinished with ongoing construction, but it remains one of the most polarizing pieces of architecture in the world. George Orwell called it "one of the most hideous buildings he’d ever seen" (but what makes a novelist the expert?) Meanwhile, Louis Sullivan, who was nicknamed the father of skyscrapers, called Gaudí’s opus "the greatest piece of creative architecture in the last 25 years." Those who agree will find many other buildings worth their wandering; Gaudí has no less than 14 in the city extended.

Architecture not your thing? No worries! On the weekends, head to one of the city’s 7 beaches to work on your tan (According to Travel & Leisure, Barcelona is the best beach for people-watching, while Nova Mar Bella is claimed by the birthday suit-ers). In the pursuit of culture? Spend a few hours -- or days -- at Museu Picasso, which houses 4,251 works by the 20th-century artist. There’s also futbol at Camp Nou, flamenco shows and clubs that stay open all night. 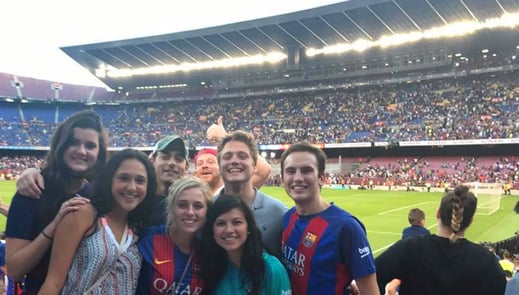 The simple pleasures are worth mentioning, too -- paella, endless cava or in Ben’s case, drinks at CocoVail, an American style beer hall. It was his Central Perk -- if you’re into Friends, MacLaren’s -- if you’re a fan of How I Met Your Mother. “We had a squad of nine interns who went there at least three times a week,” Ben says. Word to the wise: if you’ve got a hankering for sangria, head south to Andalucia or Valencia, where the fruit is picked fresh from the vine, mixed with simple sugars and red wine.

With its lingering lunches and late-night dinners (at 10 p.m. no less!), Spanish culture can be an adjustment. But coming from Massachusetts, Ben loved the laidback atmosphere. “You walk down the sidewalks and people are a lot more hospitable,” he says. That attitude translates to the workplace, too, which tends to be more inclusive and less hierarchical than its American counterpart.

Before Barcelona, Ben was no stranger to travel. He’d spent a lot of time previously in Europe, with his family. Still, one of the highlights of his Global Experience program was the weekend jetsetting, to Ibiza, Madrid, Paris. With low-fare airlines like Vueling and Ryan Air, a roundtrip ticket can cost as little as $75.

The only question that remains, then, is: What are you waiting for?! There’s a Mediterranean city out there, waiting for you to explore it and a long list of employers - in marketing, business, event planning, hospitality and information technology - looking for the perfect intern. Sound like you?