Reverse Culture Shock: Why Coming Home Can Be Hard to Handle

Fall is coming. Stores are advertising  Back to School specials, the air is permeated with the crisp smell of earth, college football is gearing up (Go Gamecocks), and many of our GE interns have just returned home from an experience abroad. Coming home from living aboard is exciting, but also incredibly sad. As a GE Intern alumna, I know first hand what it can be like to experience living independently in a new, exciting city and then return back to grind of reality. Now that I am a GE employee I wanted to express my personal experiences and advice for those who may experience reverse culture shock, or re-entry shock. 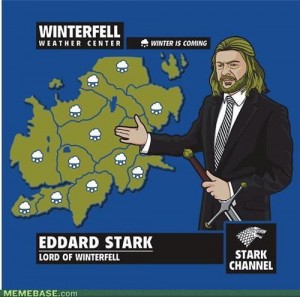 After fall: Winter is Coming

When I returned to the United States after living and working in Dublin, Ireland for three months the first thing I did was gorge myself on Mexican food. It.was.awesome.  But after that moment in queso heaven I started realizing I was really, really unhappy. The sound of American accents grated on my nerves. I felt like everyone around me was rude (I lived in South Carolina; that's not normally the vibe). I felt listless, irritable, and depressed. I missed Ireland. In the three months I spent on the Emerald Isle I felt more at home than I had in the past two years in college. I wanted to live there among the rolling green hills, the bustle of downtown Dublin and surrounded by the cadence of Irish accents. I loathed being back home. I thought something was wrong with me. Not once did I feel the stings of culture shock, but I was swamped with the emotions of re-entry shock.

Every study abroad office adviser,  GE enrollment coordinator and every pamphlet  will warn you of the horrors of culture shock. It warns you that you will feel irritable about new customs (for example grocery store baggers are an American luxury), miss something about home, and that you can go through honeymoon-like highs followed by bouts of depression. Culture shock can be difficult and it needs to be taken seriously, but what most people will fail to tell you is that reverse culture shock is just as real.

I can tell you that it took me a while to get over it, and it is challenging. When you are living in a new city in a different country you become accustomed to a new (and exciting) way of life. You are in a unique position of constantly living and learning a new culture, language and habits everyday. You are always out doing things in a another country be it working, seeing museums, traveling Europe or drinking at a new pub. When you return home you will be thrust into the stream of everyday life and it will seem boring and depressing. You don't go out everyday when at home, or you'll have to take up the responsibility of school or work and it can feel soul-crushing.

My advice to you is to continue to stay in touch with those you worked or lived with abroad. Continue to have connections to the place you lived (and most likely loved) so that the separation doesn't seem as severe. Look up blog posts by others who have suffered from re-entry shock as well as dig around on the internet for more information. My last bit of advice: keep traveling. We live in an extraordinary time where the world is connected and we have access to endless amounts of information. You can see pictures and videos of other countires, but there is nothing like the feel of the wind on top of the Cliffs of Moher or the way French wine taste straight from the barrel.

Keep seeing the world for yourself because it's wonderful, and no one will be able to convey the way you feel when you experience it first hand. 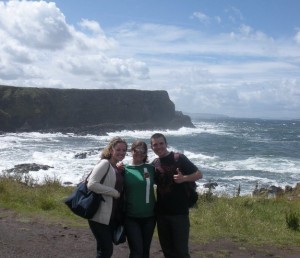 I'm in the middle! This is Gigi, Vince, and I along the coast in Northern Ireland. Pictures will never do it justice.