You’ve made the excellent choice to intern abroad in London, one of the best cities in the world. The land of Harry Potter, The Beatles, James Bond and Winston Churchill. As a wise man once said: “When a man is tired of London, he is tired of life.”

It is impossible to be bored while interning in London with all of the markets, museums, music venues and places to explore. London can be intimidating at first for a newcomer - don't worry though, that's why I'm here to help! Make the most of your internship abroad with these helpful tips.

Geographically speaking, London is a big city and getting from point A to point B can certainly be overwhelming to an outsider. Luckily, its public transportation system is top notch. In fact, London’s transport system is widely said to be among the safest and most efficient in the world. An Oyster card (because the world is your oyster, of course) is key for any London intern and allows access to buses, the underground, overground train, and even ferries. 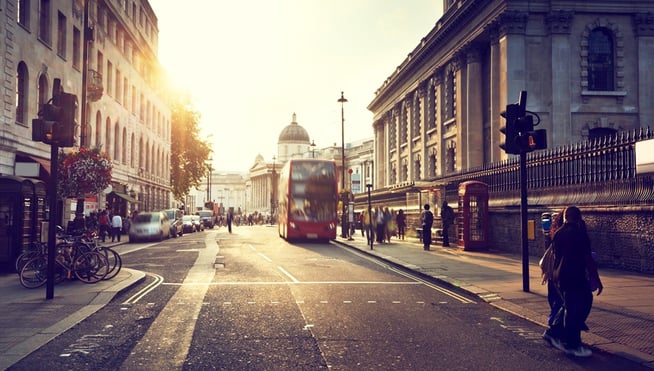 “Look both ways before crossing the street, right, left, then left again!” Something we’ve been conditioned to do since we were kids, right? Wrong! In the UK, cars drive on the opposite site of the street, which can be quite confusing when you’ve been told to look left first. Take it from someone who has had one too many close calls with London taxis - look left! Luckily, most streets have helpful hints for which way to look painted right on the pavement! 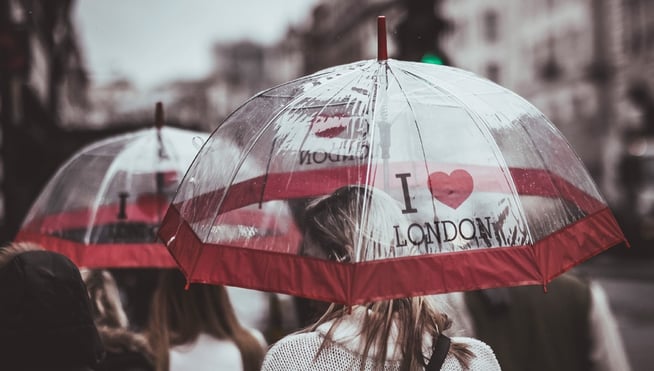 London is well-known for it’s gloomy weather - clouds and rain. Let me promise you, it’s not always like that. London has it’s fair share of bluebird days and awesome sunsets. The weather in London can change at the drop of a hat - in ten minutes it can go from sunny to raining to sunny again. Never trust the forecast and always keep an umbrella and your sunnies in your bag - you never know when it will come in handy! 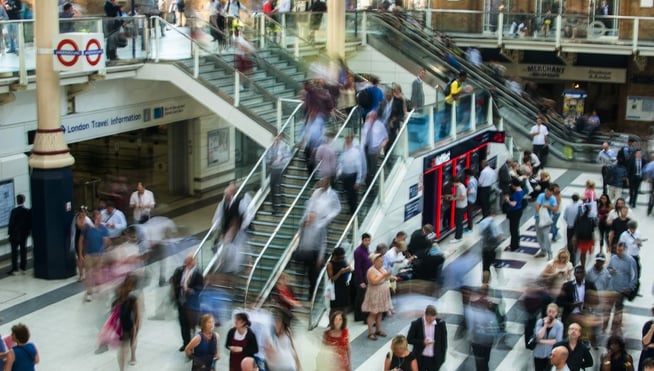 Londoners walk a lot. Like a lot. To make the best of your morning commute, wear comfortable shoes. This even goes to our students here for fashion internships in London. Don’t think you have to sacrifice comfort for fashion though, you can have both! An insider tip is to wear your sneakers (or as the Brits say, trainers) and keep your work appropriate shoes in your bag. When you get to the office, slip off your sneaks and put on your shoes and you’re good to go! 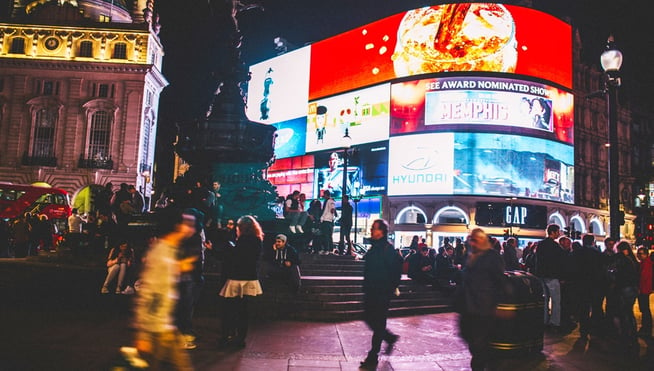 If I could give London’s culture a motto it would be work hard, play hard. Whether you are here for a Finance Internship or an Political Science Internship, you'll see that Londoners are hard at work 9-5, but after that you’ll see professionals spill out of the pubs and into the streets. Accept your coworker’s invitation to join them, it’s a great way to get to know them better, network and make connections! Just make sure to know your limits and leave a little mystery.

Eat your heart out 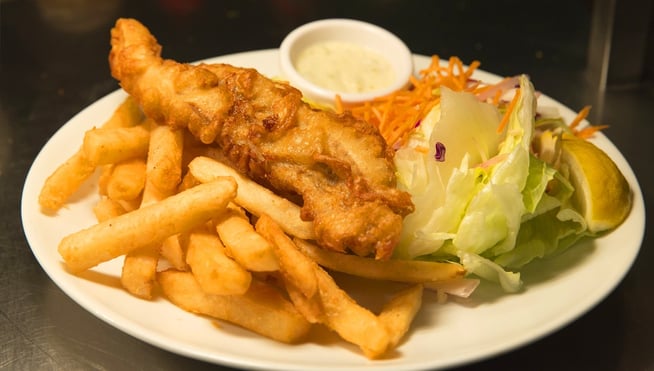 Historically, London hasn’t been given the best reputation in terms of food. While fish and chips and bangers and mash might not be for everyone, there is plenty of cuisine in London to appeal to everyone. A recent publication referred to London as a culinary capital, and I must say I agree. Because of London’s proximity in Europe, it has picked up influences from many different cultures. You'll have many otions on where to go for your lunch break during your internship. From Indian to Italian, from markets to food trucks, you can truly eat your way through London!

Stick to a budget

London is one of the most expensive cities to live in - a pint of beer can cost the equivalent of 12 USD! It is possible, however, to live in London and be conscious of your cash even if you're not here for an Accounting Internship. Many museums such as the Tate Modern, National Gallery and British Museum are completely free. Looking for something to do on a sunny afternoon? Why not talk a stroll through one of London’s sprawling, green parks? If the theater is more of your style, head over to the TKTS booth in Leicester Square to score some great deals on last minute tickets to some of the most popular shows, like Aladdin or Wicked!

Many students choose to study and intern in London because of the lack of language barrier.  For example, it may be easier for some to have a Journalism Internship for a newspaper that is in the English language. While English is spoken, the Brits have some terms that might throw you for a loop if you aren’t up to speed on the jargon. For example, instead of saying elevator, lift is the proper term. Need help finding a bathroom? Ask for the loo or toilet. Cheers means thanks, and a cookie is called a biscuit. You put your trash in a bin (not a trash can) and you don’t wait in lines in London, you wait in the queue!

Hold on to your stuff 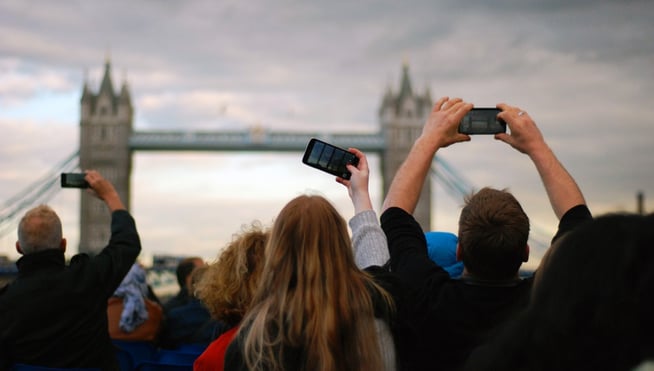 As with interning abroad in any big city, it’s important to be vigilant and keep an eye on your belongings at all time, especially in crowded areas. Markets are prime spots for pick pockets, so keep your phone and money in a secure place, not in your back pocket. Leave your passport in a safe spot where you’re staying and make photocopies of your important documents just in case!

Venture out of the city 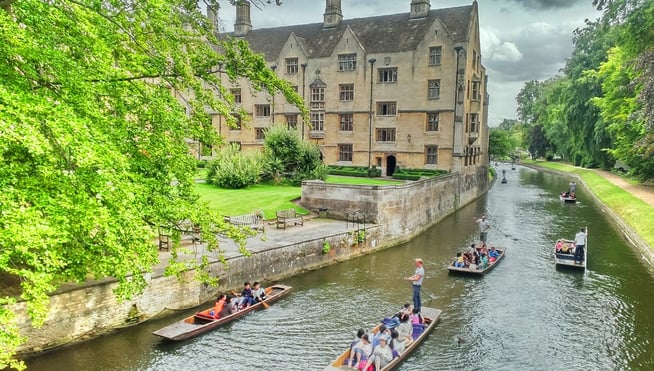 While interning in London can keep you busy for days, take advantage of your proximity to towns like Windsor, Cambridge and Manchester. These beautiful towns will give you the taste of the country and allow you more insight into England’s rich history. Who doesn’t want to see a real-life castle? 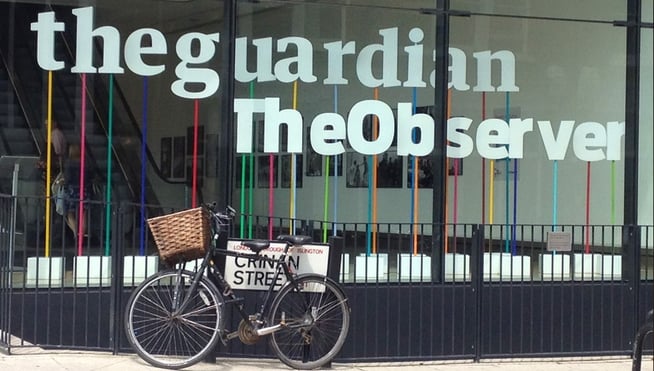 London will be your home during your internship, so take the time to stay up to date on the news. Free newspapers are handed out at every tube stop where you can get quickly caught up to speed on what’s going on in Londontown. It’s also a great way to expand your horizons and learn about what the Brits think of the state of the world. What better way to impress the locals than by being able to participate in a discussion at the pub?

There you have it!

You’ll be fitting in like a local in no time! Remember to be open-minded and follow these tips! London is culturally rich and diverse, so get out there and experience all that this amazing city has to offer.