Where to go when you don’t know what to do? Julia knew. Take a gap year and travel abroad. Julia S., now a student at Princeton University, found herself vying for an experience to supplement a year without a formal education.

At the age of 18, she flew to the opposite side of the globe for a once-in-a-lifetime experience. She would be spending her next twelve weeks interning abroad in a country, a continent she had never stepped foot in.

Why I decided to intern abroad 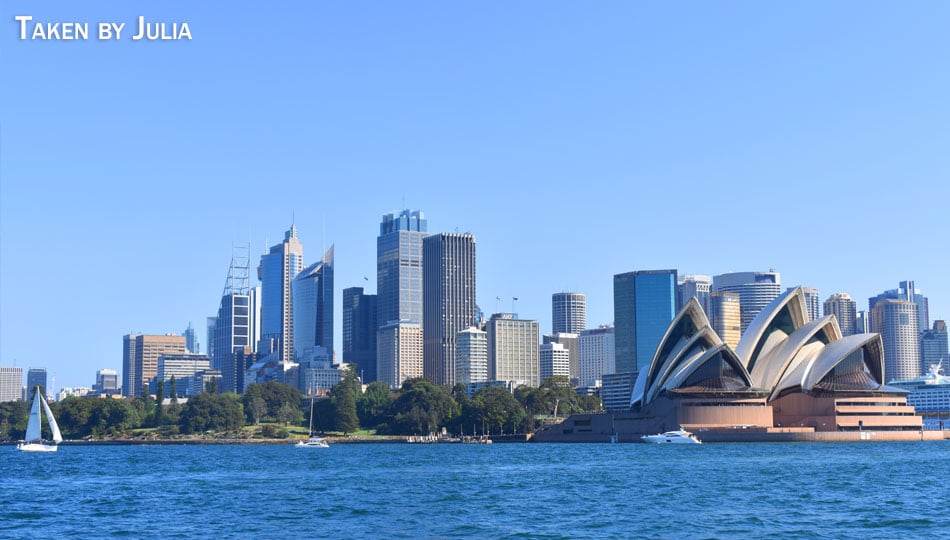 When asked why she wanted to intern abroad specifically in Australia, Julia matter-of-factly said she had a natural inclination towards Sydney because of the flipped seasons.

“I have always been interested in Australia but had never been before. I knew that I was going to be interning during the winter months, which made Sydney super attractive because it was summer time. I also wanted to go somewhere that spoke English as the primary language.”

Since Australia has flipped seasons, December through February are the warmest months.
There was a comfort for Julia in Sydney. Between the warm weather and the allure of an English speaking country, it seemed to be a destined destination.

Julia describes herself as a bit of homebody, so traveling without her family was a bit daunting. However, her friends and family were encouraging:

“They were supportive and excited for me [...] my friends and family were proud that I was taking such a big step and interning across the world for three months.”

Despite all of the support from her loved ones, Julia was still nervous to be away from home. At this point in her life, she had only been away from home for approximately a month. Tripling her time away would a massive step towards becoming independent. However, upon arrival to Sydney, she would blend into the culture and learn to call it her home away from home.

After Global Experiences’ career coaching and an interview, Julia felt wonderful when she landed an internship with an international media company, Havas Sports and Entertainment. She cites her favorite project as a presentation she assisted in preparing for a large client, Gillette.

“I felt that I was given a lot of responsibility during this project and I was even able to create some of my own slides that were later used in the powerpoint.”

A day in the life of an international intern 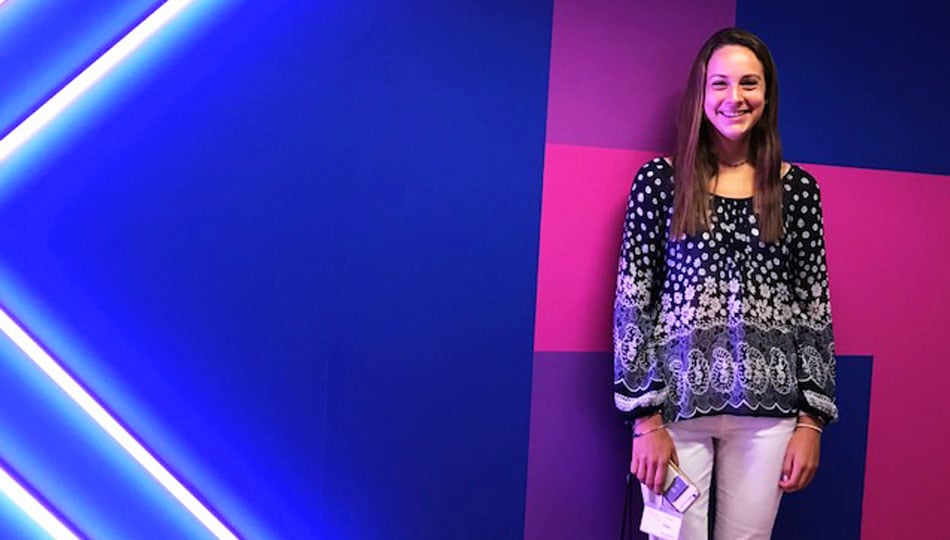 Working directly with clients is not unusual for a marketing internship. Julia quickly discovered that she was given important responsibilities such as preparing presentations for major clients. She supported the account management team in seeking new business and also did client research for Havas. Julia was even invited to sit in on some of these client meetings! It was apparent she was becoming a young professional and learning the skills she need to build a foundation to a successful career in marketing.

Making friends was no problem for Julia. She recalls that since there no major language and cultural barriers, she got along with her coworkers swimmingly. Even after her experience, she still keeps in contact with coworkers, whom she now considers good friends.

“I got along really great with my co-workers! A couple of them actually became good friends who I still briefly keep in touch. There were no language barriers, thankfully, and only minor cultural barriers which were not difficult to overcome.”

Many of our interns report that “confidence” is a valuable professional skill they walk away with after interning internationally.

“I learned that I am capable of living on my own, advocating for myself, and figuring out everything from foreign public transportation to creating powerpoint slides [...]”

It’s not unique for an intern feel as though they have entered a new stage of adulthood as they learn to take care of themselves and others. Julia also learned many of the soft skills employers say are extremely important but that recent grads lack.

Julia could not say enough wonderful things about living in Sydney. The culture is both warm and welcoming, and she noticed it as soon as she landed.

“Well, the weather was absolutely perfect. I love being around water, and Sydney offered both beaches and bays, which was accompanied by fantastic seafood. The people were also extremely friendly and welcoming. I appreciated how walkable and clean the city is. I felt like I fit right in from the moment I arrived.”

Like most major cities around the world, it can be pricey to live in such a central location. Julia observed this shift in living and reported that paying her own expenses was at times, difficult. Despite this obstacle, she quickly adapted to cooking her own food to save money. Learning how to properly budget enabled her to learn the basics of adult responsibility. She even admits to enjoying certain tasks.

Without hesitation, Julia recommends that it is a necessity to invest a gap year abroad after high school or college because of the invaluable experience a person can gain.

“Everyone should take a gap year whether after high school or college. There is no better experience than traveling and living abroad, meeting new people, gaining global exposure, gaining independence, and acquiring valuable life and work skills in another country.”

Even though Julia is unclear on her future path, she has begun a tremendous journey towards her goals. Taking risks and learning responsibility is not something that just happens overnight. It requires courage and curiosity. Julia felt that she gained an incredible amount of knowledge in the fields of marketing and media planning and now has a working foundation of the Sports and Entertainment industry.

“Bite the bullet and do it! I had the most amazing experience.”

Julia’s advice resonates with millions of young people all over the world. More than often, we are presented with opportunities that are once in a lifetime, but we dwell on the “buts” and “ifs,” and suddenly, that opportunity disappears into the winds of the world. The only feeling left is regret. Julia’s experience is a beautiful reminder to be courageous and follow the golden opportunities that present themselves to us at just the right moment.

The beaches of Australia and streets of Sydney are calling your name! Invest in your future by applying today and one of our Admissions Counselors will get in touch shortly.