How the Gig Economy is Shaping the Future

A new type of economy is causing a major shift in the American workforce. The gig economy is an emerging way to work that focuses on short-term or temporary jobs. The concept of freelancing is nothing new, but in the last few years, Americans have been drawn to gig jobs more than ever before.

The trend doesn’t look to be stopping anytime soon and will have a major impact on younger generations. Find out what the gig economy is all about and how the idea of success is being redefined.

How the gig economy started

The term “gig economy” was coined in the late 2000s during the financial crash. As American workers scrambled to sure up their paychecks, short-term and part-time jobs with flexible schedules began to become more popular.

The internet, apps, social media, and smartphones started making it easier for employers to connect with workers all over the world. Slowly but surely digital work that could be done anywhere began to become more common.

Even as the economy started to recover, the need and popularity of temporary work continued to grow. A 9 to 5 office job was no longer needed, and employers could find independent contractors with particular skills that matched specific projects. 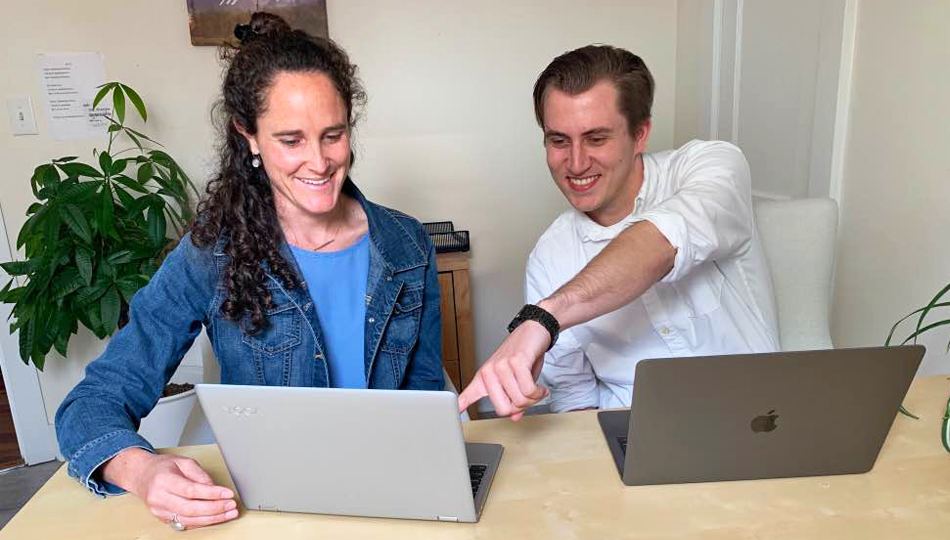 When you hear the word “freelancer,” you probably think of an artist, web designer, or writer, but as the economy continues to change, so do the jobs offered as gigs. Tech jobs are becoming a significant part of the gig economy and are some of the highest paying.

Blockchain, virtual reality, social media marketing, creative work on digital platforms, and many more are all positions that workers can demand anywhere from $30 to $150 an hour. There’s a misconception that well-funded startups only offer many of these jobs. When in reality some of the world’s biggest companies are heavily relying on freelance workers.

Airbnb, Amazon, Walmart, and Google are four of the largest companies coveting project-based work. Jobs in tech, creative roles, marketing, customer service, and more are all being outsourced to freelancers. All these large companies have figured out the benefits of hiring freelancers, and it’s only a matter of time before even more employers move away from full-time employment.

Pros and cons of the gig economy

Who would want to enter a workforce that is so insecure? The answer is nearly every generation. Baby boomers and millennials alike enjoy the flexibility that the gig economy offers. Most freelancers will admit that uncertain schedules and lack of traditional benefits can cause some anxiety. However, it’s the sense of freedom that keeps them in the freelance world.

Millennials and Generation X are expected to change career paths a handful of times during their careers. This is very different from what many of their parents have experienced but fits in perfectly with the gig economy. With the gig economy, it's easier for young professionals to seamlessly move from one job to another without having to go back to school.

Freelance work and temporary work also provide the type of work-life balance younger professionals crave. Gone is the old model of 9 to 5 that workers in the 20th century demanded. A new emerging workforce wants to take the risk on themselves, provided it gives them the balance they find so valuable. 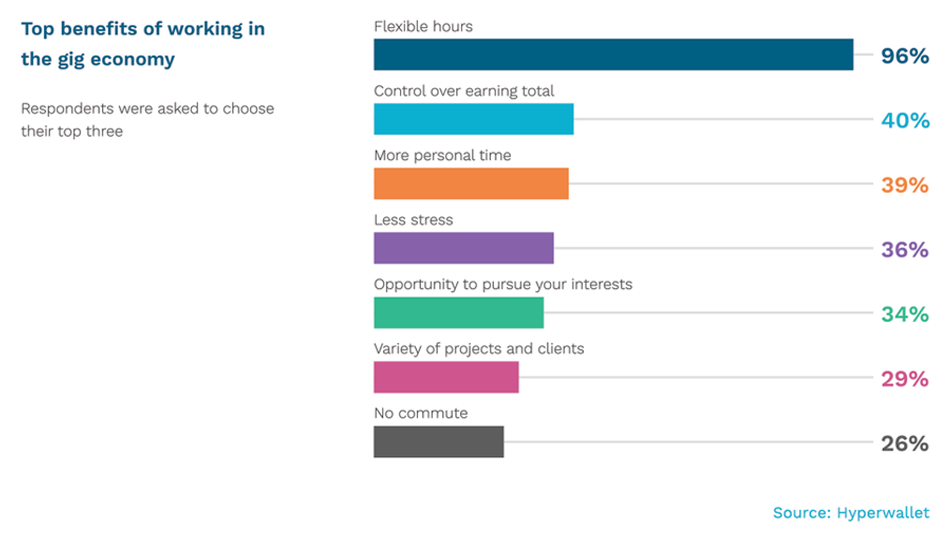 Success is being redefined

In a traditional 9 to 5 role, success may look something like a promotion or a raise. Despite not having stability or traditional goals of success many gig workers feel successful by their terms. In a changing economy, the definition of success has to be changed.

Success to independent workers is a balance between the promise of continuous work and feeling passionate about one’s work. For many workers, this type of success couldn’t be found in a traditional workspace.

Even in a career where a routine isn’t required, many independent workers give themselves one in order to find success. Working in the same space, setting certain work hours, and more are all part of creating a routine that drives productivity and leads to success.

The gig economy doesn’t look to be slowing down anytime soon. An economy focused on gigs is the future of work. Traditional businesses are continually finding ways to unload gig work whenever and wherever possible.

Around the world, task-oriented work is becoming more popular. Which means in the not-to-distant-future small business could be the backbone of the economy rather than the traditional 9 to 5. Shifts in cultural and business environments may soon turn the “gig economy” into “the economy.”

How to get started in the gig economy

Getting started in the gig economy isn’t the same as finding a traditional 9 to 5 role. Both career paths share some similarities but also have drastic differences. For some gig jobs, it can be as easy as downloading an app like Uber or Lyft, but for more of the higher paying roles, it’s all about putting in the work. 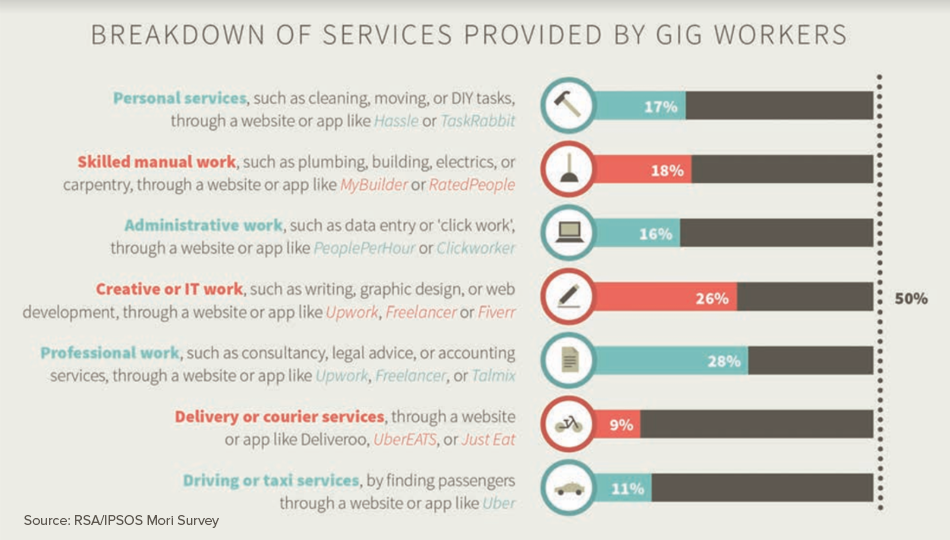 Before you start freelancing you need to have the skills clients are looking for. Experience in a professional setting like an international internship is the best way to learn the skills you need. During an internship, you can improve your experience, start a portfolio, and start building a network, all of which are essential for a successful career in freelancing.

Searching for gig roles isn’t about sending out a resume and cover letter to as many clients as possible. Instead, you’ll use sites like Upwork, LinkedIn, social media accounts, and your network to send out pitches and find jobs. Pitches should focus on what you can do for that client and use your work history to back up your points.

You’ll compete against other freelancers, but that doesn’t mean you need to offer the lowest cost. Understand your value and realistically set your price where it should be. With a lot of effort and determination, you’ll soon start finding your own way in the gig economy.

New ideas on how to work and emerging career fields are opening more opportunities for young professionals every day. New opportunities require a workforce with a new mindset. Prepare yourself with the skills you need by interning abroad.