Interning in Dublin: A Return to Ireland 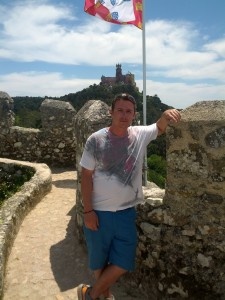 Global Experiences Internship Consultant
Kevin is both an American and Irish citizen. Check out his thoughts on returning to his ancestral homeland.

I have just returned to the United States, and before my mind begins to fully readjust to the location change, I feel it would be prudent to document my time in Dublin for those who have not been. They say that there is always a certain moment when travelling in which reality of being in crashes over you like a wave. I am not sure if that is one hundred percent true, but there were definitely a few “We’re not in Kansas anymore,” moments right off the bat. Right off the plane you are greeted by copious signs warning you to drive on the left as opposed to the right. Apparently enough people have messed this up that the Irish thought putting these signs right on the baggage claim was necessary. But to be fair, when I was putting my luggage in a taxi that would soon take me to my residence, I saw the driver opening the right side door and I honestly thought he was opening it for me. Seeing the steering wheel made me feel a bit silly to say the least.

Upon actually making it to the city, I was delighted to hear from several Dubliners, including my passionate cab driver who helped pass the time during the ride the airport with a quite enjoyable, if one sided, conversation about the terrific weather conditions of late. While discussions of the weather in Dublin are usually pessimistic at best, it was quite nice to see everyone outside enjoying the heat and sun (although I definitely witnessed a few people who were walking sunburns waiting to happen).

Truth be told, the real culture of a society is not found in the subtle operational differences or the weather patterns, but in the behavior and attitude of the people. This is where Dublin truly shined as a city. I have never been to a place where I felt more comfortable striking up a conversation with a complete stranger. While some of my discussions with locals varied in length and depth of conversation, all were uniform in their positive nature. People were friendly, open and quite willing to talk with a foreigner with a question, or perhaps simply some time to kill.

The one major thing that I took from spending 5 days in Dublin was that I want to spend more time there. 5 days is definitely not enough time to get to know any town, let alone the capital of a country. However, I do feel that I got to really experience quite a bit of Irish culture and history, and also got to meet some really great people in Dublin. Essentially, I know that this is not my last time visiting Dublin as it is a city I surely want to see more of and return to as soon as I can!

For more information about about interning in Dublin, visit www.GlobalExperiences.com.