Barack Obama on Why Travel Matters 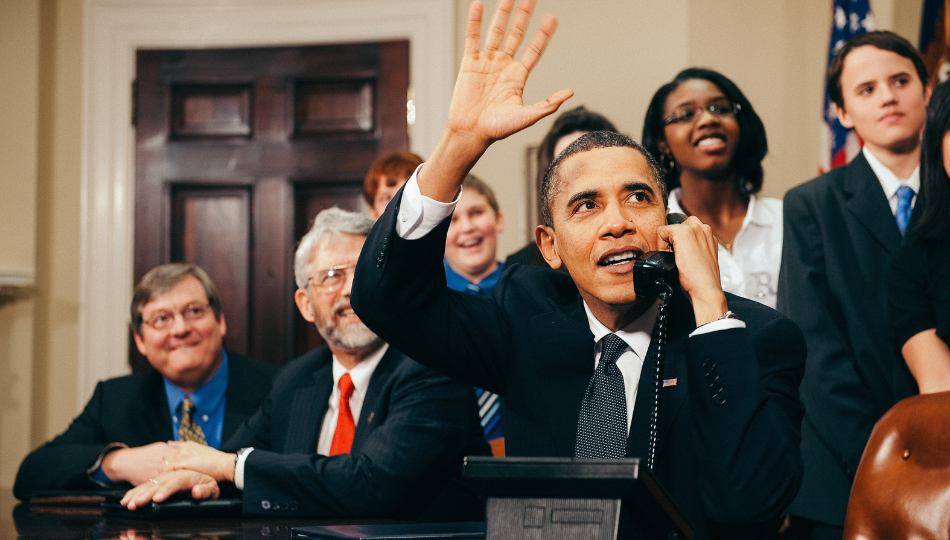 In April, US President Barack Obama attended the World Travel and Tourism Council in Seville, Spain. Obama sat down with Hilton CEO Chris Nassetta to have a candid discussion about the importance of travel.

The president eloquently shared how travel breaks down borders and allows us to celebrate other cultures. While the president is an admitted world traveler, he sees younger generations as the driving force in the future of travel.

Barack Obama on the importance of travel

From an early age, President Barack Obama learned about the importance of travel. He spent three years of his childhood in South Jakarta with his stepfather and mother while she taught English there. Obama admits that through his formative years he struggled to truly understand his identity, but a solo trip across Europe in his early 20s changed everything.

“I had never traveled through Europe before. And that trip was memorable because it was part of my own self-discovery. Those kinds of trips are memorable because they’re part of you as a young person trying to discover what your place in the world is.”

It was on a train between Madrid and Barcelona that Obama befriended fellow traveler. Although they could barely communicate with each other, the two bonded over shared bread and wine. The moment gave the future president a deeper sense of self and the importance of listening to one another. 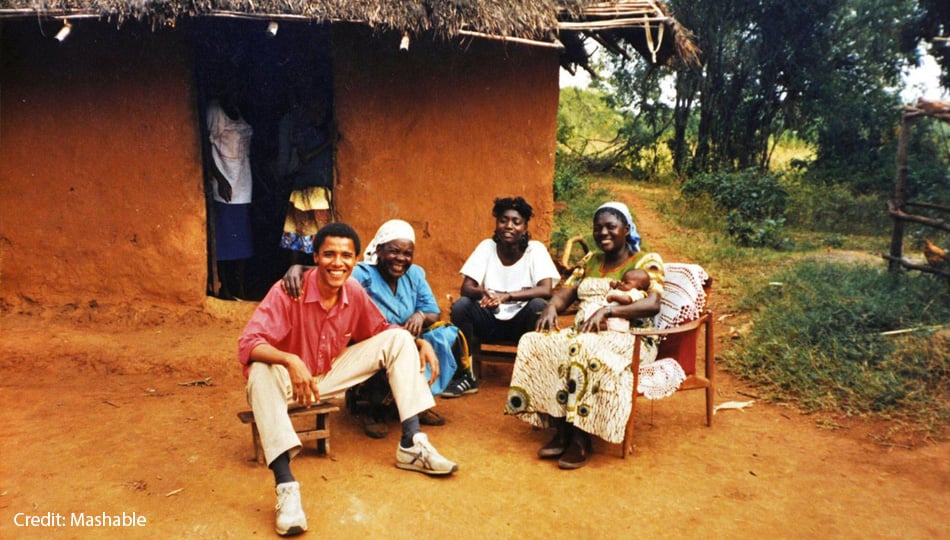 After college in his late 20s, Obama spent a month in Kenya discovering more about his family history. He visited where his father had grown up and spent time with family members he had not met before. It was his trips across Europe and Africa that showed Obama how travel connects culture and people.

As president, Obama visited 58 different countries and set a record for the most countries visited in his first year - 21. As such a well-traveled individual, there were plenty of memorable moments that Obama could have called his "favorite." However, it wasn’t attending international summits or shaking hands with world leaders that topped his list.

Obama’s favorite travel moments were those he got to share with his daughters. When asked about his most memorable trip, he quickly responded with stories about both of his daughters. The former president talked about the time Sasha looked like an international spy walking through the Kremlin, a trip to the Vatican to meet the Pope, and an adventure in Ghana where they were met with a dancing reception on the tarmac. 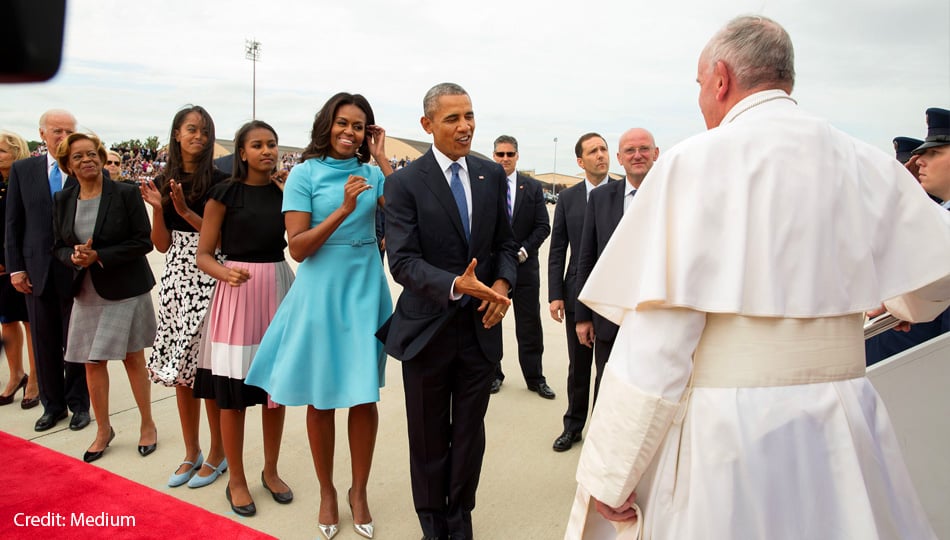 “So, to see a 10-year-old and seven-year-old be able to experience that sweep of the world, to some degree for the first time, is something I will always remember. But, you know, it’s also fun traveling with them now at ages 20 and 17.”

Stitching the world together

During his talk, Obama admitted that globalization and technological advances over the last decade have stitched the world together. Spending most of his young life in Hawaii, Obama saw the impact of tourism on economic growth.

“One of the benefits of the travel industry, obviously, is to remind people both of the incredible value of our diversity of this planet and the differences we have.”

“Travel also reminds us of what we share and what we have become – the ability for us to recognize ourselves in each other, so that if you’re wandering through some small village in Kenya and you see a mother and a child playing and laughing, that’s no different from the mother and child back in Virginia or in Hawaii.”

How younger generations are impacting travel

Although the travel industry is booming, Obama still shared concerns about the sustainability of such a fast-growing industry and the impact it could have on the environment. Many travel industry experts agree with Obama that travelers need to become more educated about how sustainable travel works in order to create new economic opportunities and curb climate change.

“Climate change is not something off in the future, it is demonstrably happening right now. Some of the beautiful places on this planet are at risk. The good news is that there are things we can do to make a difference.” 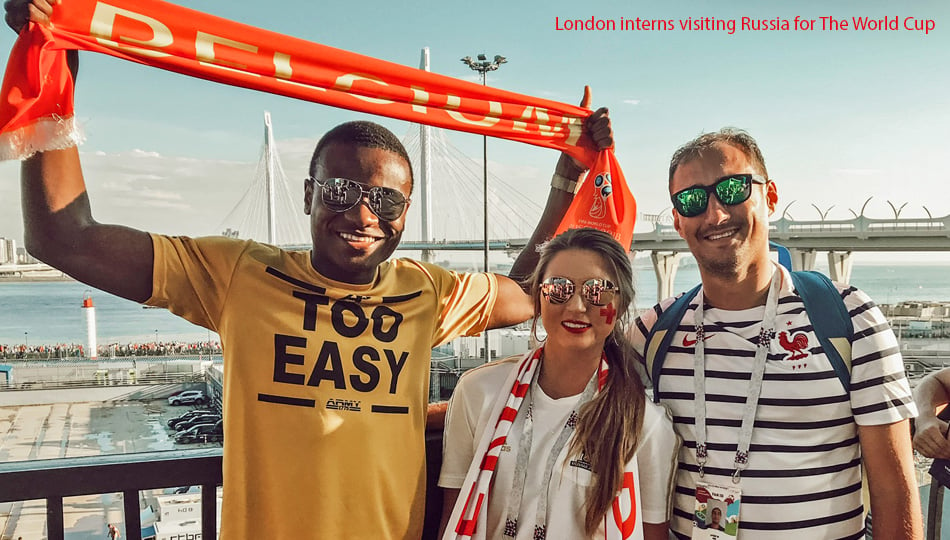 Even with his concerns, Obama still sees a bright future for travel and it all starts with young people. Millennials and Generation Z are some of the most curious and well-traveled generations of all time. Today’s youth invest in experiences over things and have a genuine interest in experiencing different cultures.

“Young travelers have a different attitude, they want experiences. What really excites them is being able to feel as if they are interacting with a new culture, learning, meeting people. So I think for this industry, trying to figure out how to capture the energy and vibrancy of young people.”

A generation of socially conscious young travelers is set to become the new normal. Become part of that bright future by interning abroad. Apply today and get ready for the experience of a lifetime.