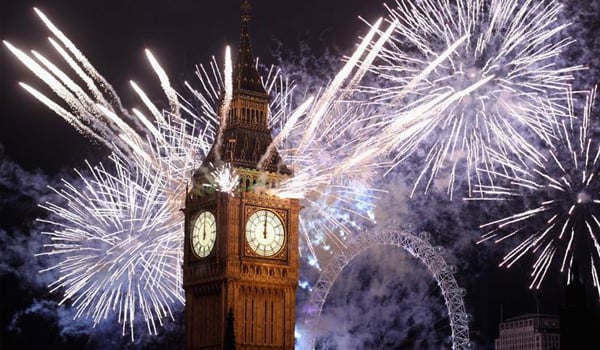 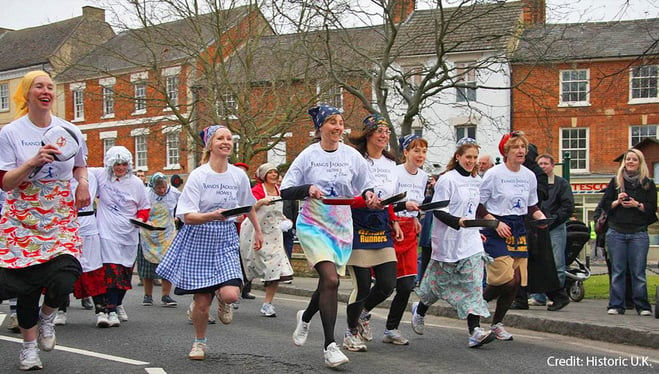 On the last day before lent, Londoners clean out their cabinets of all sugar, fat, and eggs. But instead of just throwing everything away, locals satisfy their sweet tooth by making pancakes of all shapes. The entire city becomes pancake obsessed. On Pancake Day, nearly every café and restaurant in London breaks out original and delicious recipes.

But locals don’t just eat pancakes; they also race with them. All over London, you’ll see pancake races where contestants run through a course all while flipping a pancake in a skillet. Even politicians and journalist get in on the fun and hold a race outside the House of Parliament. Experience this quirky and unique celebration if you intern abroad in London in the Spring. 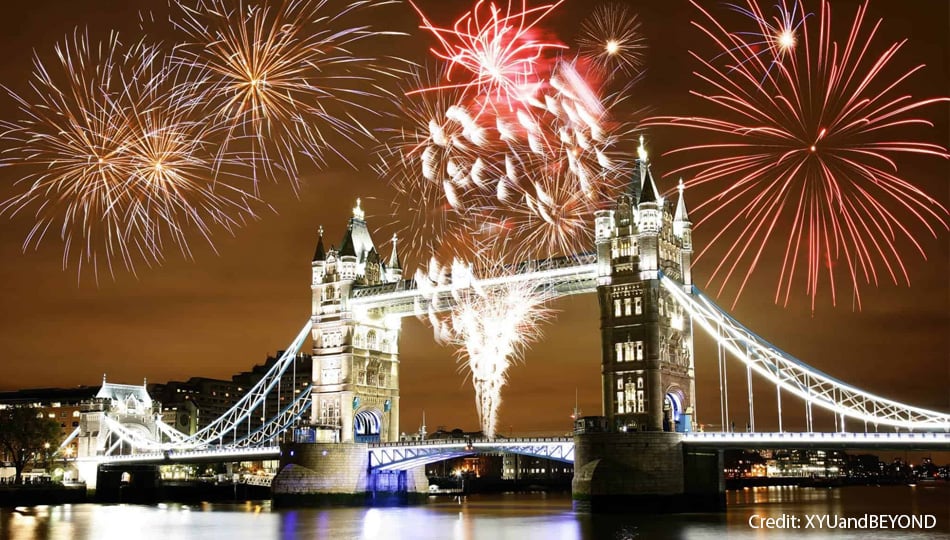 “Remember, remember, the fifth of November” starts the haunting poem that commemorates Guy Fawkes Day. In 1604, Fawkes tried to blow up the Parliament building with the ruling monarch, King James, inside. A mysterious series of events lead to Fawkes being captured before anything could happen. Nearly 400 years later, Londoners are still celebrating with large bonfires and by parading large effigies through the streets.

The holiday has changed over time and now goes by several names, including Guy Fawkes Day, Bonfire Night, and Firework Night. But just because the holiday has changed, doesn’t mean it’s not one to celebrate - join in on the fun! Across the city, you’ll see massive bonfires burning bright throughout the night. Effigies of Guy Fawkes and modern day politicians are paraded through the streets. At the end of the night, effigies of Fawkes are light on fire and left to burn. 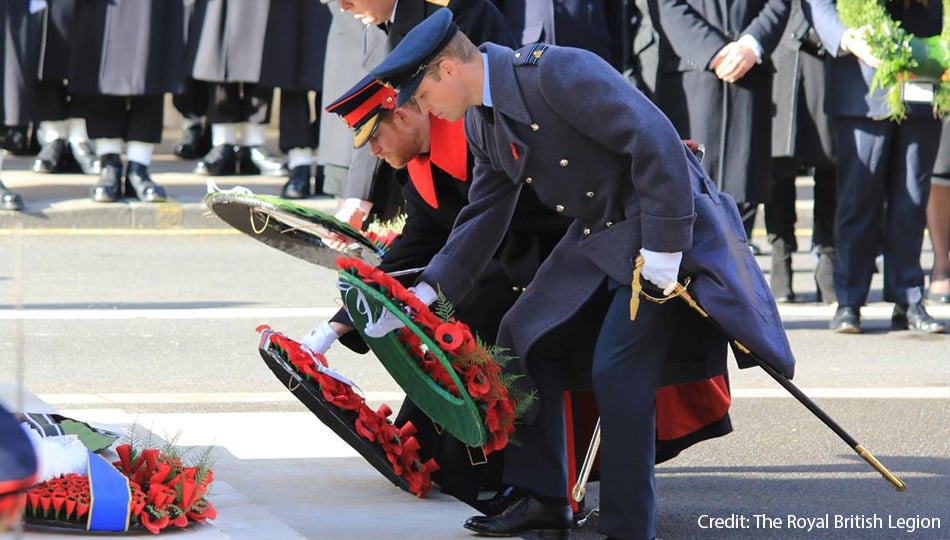 Remembrance Day is part of modern British life, culture, and heritage. On the solemn day, the 11th hour of the 11th day of the 11th month is remembered; it’s the time that World War I officially ended, and the guns fell silent on the western front. The actual parades and ceremonies take  place on the second Sunday of November, the Sunday closest to November 11th.

The Queen, along with other politicians and military representatives, attend the service and parade, both of which take place at the Cenotaph in Whitehall. If you make your way down to Trafalgar Square on the 11th, you can be part of a special Silence in the Square event. Music and readings are held at the square along with two minutes of silence starting at 11AM.

It’ll be impossible not to notice the bright red poppies all over London. The poppy is the official symbol of the day and is meant to symbolize all the lives lost during the conflict. 888,246 ceramic poppies were installed in the moat around the tower of London; each flower represents a British Empire fatality. 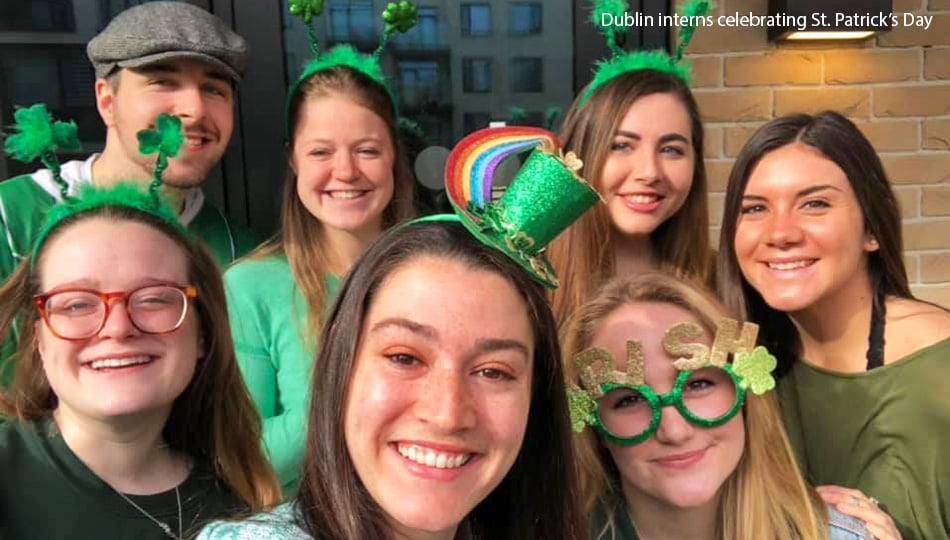 March comes to life in Dublin for one of the most beloved holidays, Saint Patrick’s Day. But Dublin doesn’t hold celebrations to just one day; the city turns the holiday into a five-day extravaganza! The days leading up to Saint Patrick’s Day are full of food, festivals, and Irish traditions. Even landmarks and buildings are bathed in a green light known as the “Greening of the City.”

You won’t find the type of debauchery that Americans associate with St. Patrick’s Day. Instead of shots and pints, the celebrations in Ireland focus on Irish pride. Wandering through the maze of streets of downtown Dublin’s Temple Bar neighborhood, you’ll find the center of the celebration.

"I would say that the biggest difference between the states and in Ireland, is that every American that feels proud to be part Irish kinda loses that showcased pride once the holiday is over, but in Ireland, it feels like that every weekend! I personally felt like St. Paddy’s day wasn’t that much different to Dublin’s usual weekend; with crowded bars, matches on the tv, and Irish people coming together in song and cheers I felt like I witnessed that every weekend I went out. Just more green apparel flooding the streets. Ireland celebrates Ireland every day, it just gives us an excuse to cheer even louder in the streets and wear silly outfits!”

Pouring out of every pub you’ll see partier’s tall leprechaun hats, fake orange beards, and shamrock-green outfits. Locals know how to celebrate best - they tend to avoid the area until the annual parade cuts by the world-famous Temple Bar. It’s so busy that you’ll have a hard time cramming into pubs, so there are usually really fun options like stand up comedy and all day themed brunches happening just outside the city centre.

Get out early: the parade starts around 10AM, and nearly half a million people pack the streets to listen to bands play traditional Irish music and see the bright customs march through Dublin. Dubliners disappear shortly after the parade and retreat to quieter neighborhoods for dinner, drinks, and live music throughout the night.

Most locals completely leave town over the bank holiday weekend because of all the tourists and crowds, so there could be another plug to do some easy traveling within Ireland to see small, local parades, and how the Irish celebrate St. Patrick. 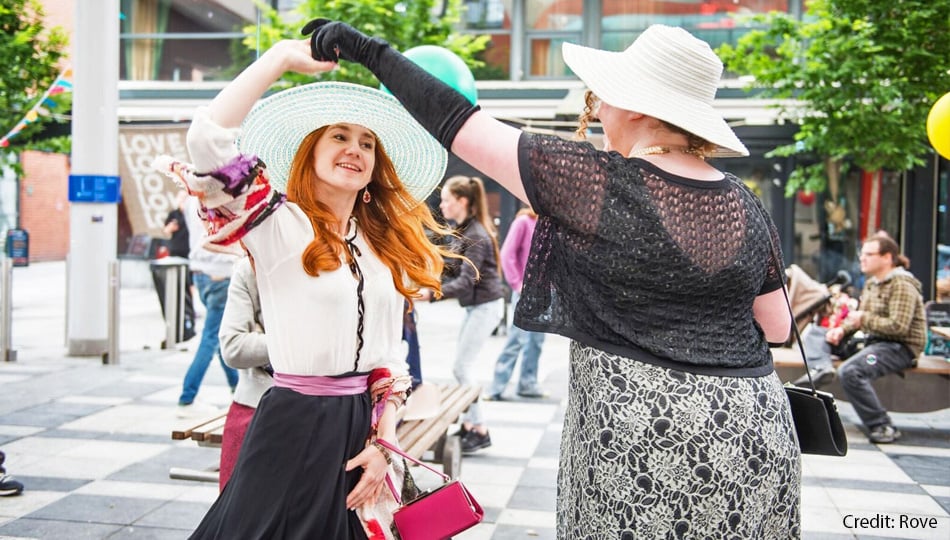 Not many authors have such a significant impact that a holiday is made in their honor, but James Joyce was no ordinary author, and Dublin is no ordinary city. Bloomsday is a celebration of Joyce’s impactful novel “Ulysses.” The novel takes place on 16 June, 1904 and focuses on the life of Leopold Bloom. The story is a celebration of Dublin, and in turn, Dublin celebrates the novel.

The city becomes packed full of people dressed up as characters from the book. You’ll notice more than a few straw boater hats, one of the most popular items in the book. Celebrations are unique to Dublin and in the forms of readings, performances, and visiting the places referenced in the book.

Don’t worry, even if you haven’t read the 730-page novel it isn’t a requirement for having fun. Bloomsday is the most “local” celebration of them all. Unlike Saint Patrick’s Day, tourists don’t flock to Dublin to celebrate Bloomsday. There is even a belief that locals get friendlier and more laid back during the Bloomsday celebrations. Our interns feel like they’re truly part of the city of Bloomsday and often befriend locals on the over the top holiday. 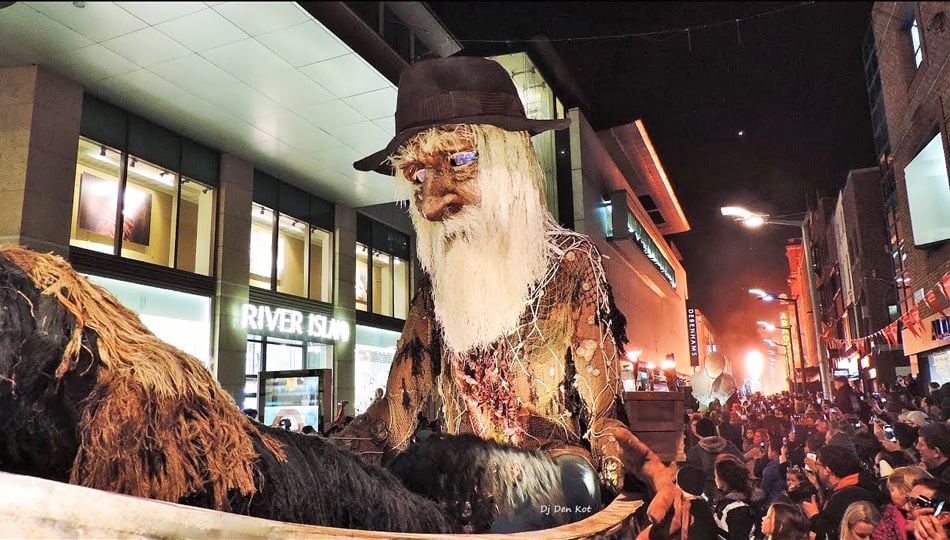 You're probably used to Halloween being kids and teenagers dressing up for trick or treat. Most places celebrate Halloween in the same way, but Dublin is different. Some of the origins of Halloween comes from the Irish Fall Festival, Samhain, and Dublin has never forgotten those roots.

Since it’s a relatively new holiday, everyone is super enthusiastic about it! For weeks Dublin builds up to Halloween by gathering firewood for large bonfires and collecting fireworks to let fly across the sky.

Starting on October 26th, you’ll notice ghosts and ghouls beginning to descend on the city. When the sun finally sets, the Muchas Parade makes its way through town. Two story wolves, actors dressed in demonic customs, and other ghouls take over the heart of the city.

London might wait to shoot off fireworks on Guy Fawkes night, but Dublin lets its fireworks cascade across the sky on Halloween. The city puts on massive fireworks displays and festivals throughout the streets.

Young people and the young-at-heart make Halloween in Dublin less about collecting candy and more about celebration. Even if you only take a few steps outside, you’ll see adults dressed as zombies, ghosts, ghouls, or other customs only the wildest imaginations could come up with. Go to one of the many pubs in the city, and you’re guaranteed to find one of the many Halloween parties the city has become legendary for.

What are you waiting for? The streets of London and Dublin are calling your name. Have the chance to celebrate these top holidays in a way that most people only dream of doing, interning abroad!