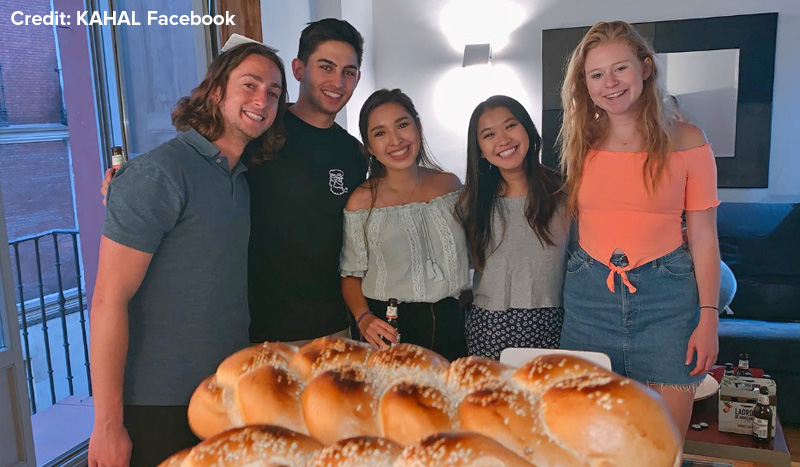 Active Jewish communities can be found in every corner of the globe. Outside of Israel, the world’s largest Jewish population is in the United States. Other countries included in the top 10 may surprise you! France is third on the list, the UK is sixth, and Germany and Australia round out the top 10.

While there are three main denominations within Jewish practice (Orthodox, Conservative, and Reform), identifying as Jewish does not necessarily mean “religious.” There is also cultural Judaism, and many people who identify as Jewish consider themselves secular.

Jews from all around the world and from all denominations come together each fall for some of the year’s most important festivals, Rosh Hashanah and Yom Kippur, also known as the High Holidays.

Rosh Hashanah, or the Jewish New Year, marks the beginning of the High Holidays. This festival is one of both celebration and self-reflection. Practicing Jews recite introspective prayers, reflect on our actions over the past year, and consider how we can improve in the coming year. There are many traditions associated with Rosh Hashanah, perhaps most notably enjoying apples dipped in honey as we wish each other a “sweet new year.”

Ten days after Rosh Hashanah is Yom Kippur, the Day of Atonement, the holiest day in the Jewish calendar. This day is dedicated to communal prayer and asking for forgiveness for sins committed over the course of the year. It is customary for observant Jews to fast, and after a long day of introspection and repentance with no food or drink, we partake in a festive “break-the-fast” meal.

Jewish Communities in GE Cities Near You

Holiday observance, and Judaism as a whole, takes on different forms around the world, and many of Global Experiences’ program locations are home to robust Jewish communities.

Paris contains certain districts, such as the Marais, that are well-known for their significant Jewish populations. Within the city, there are numerous synagogues and other organizations that serve the Jewish community. While the majority of Parisian synagogues are Orthodox, many progressive congregations can also be found in the city. Paris is also home to one of the world’s largest Chabad houses, a center that caters to thousands of Jewish students each year. 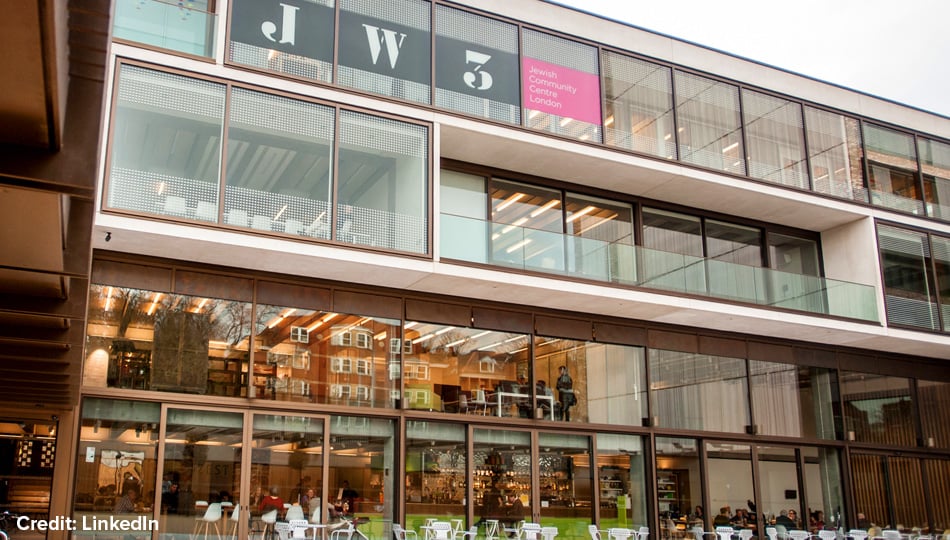 The UK boasts a Jewish population of between 250,000 and 300,000, with a majority living in greater London and the surrounding area. Orthodox and Reform are the primary denominations, but with such a large community, there is a place for everyone.

If you’re in London and looking to connect with the local community, you might check out JW3, London’s vibrant Jewish Community Center whose goal is to help create a vibrant, diverse, and proud community, inspired by and engaged in Jewish arts, culture, and community. 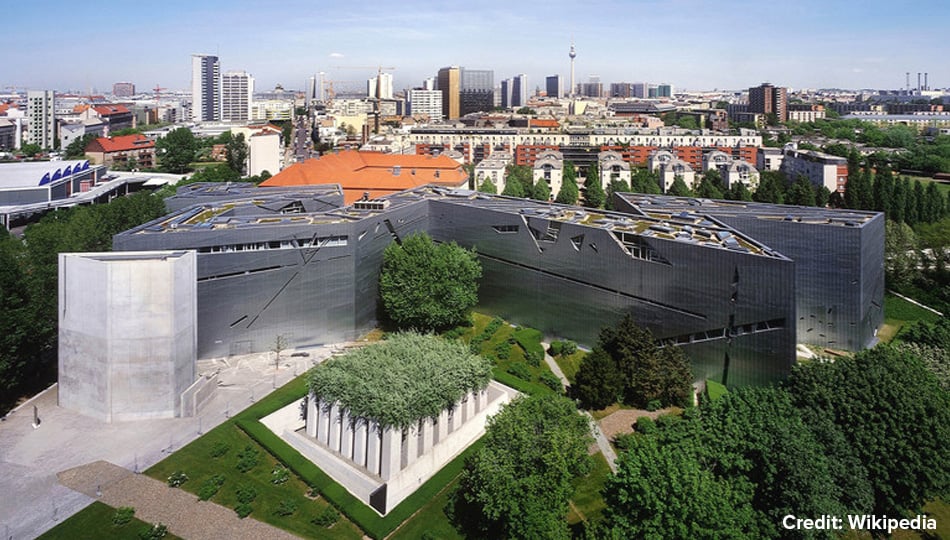 Despite the atrocities of World War II and the Holocaust in the 20th century, modern-day Berlin has a growing Jewish community with eight synagogues. The German government and people have taken great strides to make reparations for the Holocaust, and there are dozens of memorials throughout both the city and the country. Some of the most notable are the Holocaust Memorial and the Jewish Museum Berlin. 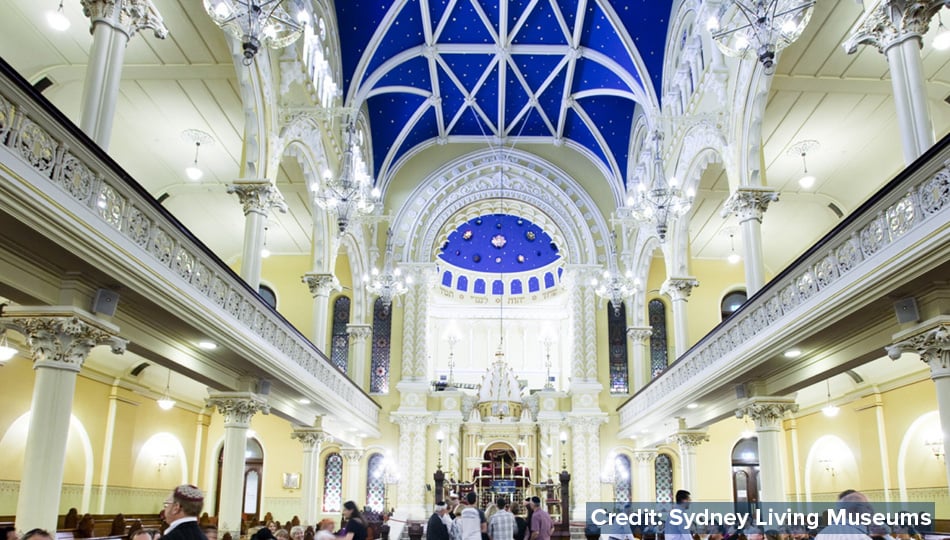 Australia is home to roughly 120,000 Jewish people, over 50,000 of which are in New South Wales, the state that calls Sydney its capital. Sydney has dozens of synagogues and organizations, leading Jewish religious life to be rather diverse, with the main movements being Orthodox and liberal/progressive. Sydney’s historic Great Synagogue, first built in 1878, is a beautiful example of Victorian architecture with a Jewish spin and is definitely worth a visit.

There are many ways you can connect with the local Jewish community in Sydney. Shalom, a community organization that focuses on cultural, educational, and professional Jewish programming, may be a good place to start. 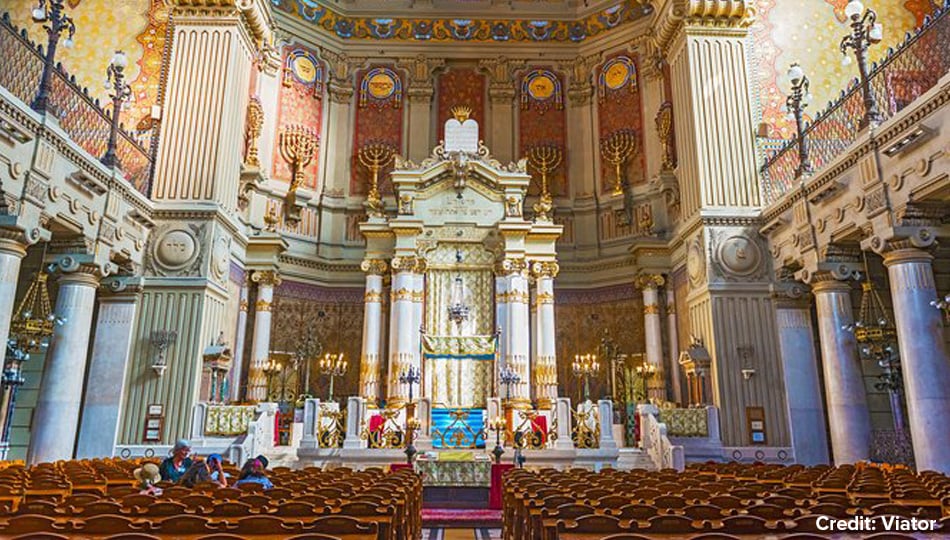 In Rome, you can find one of the oldest Jewish communities in Europe, likely dating back to the 2nd century BCE. Throughout the centuries, the community was concentrated in a walled ghetto. Although only a small percentage of the Eternal City’s approximately 15,000 Jews lives in the Jewish Ghetto today, the district continues to be a central meeting place for the community. You can visit the Tempio Maggiore di Roma and the Jewish Museum, as well as eat at a variety of kosher restaurants.

Tips For The Jewish Traveler

While aspects of these communities may remind you of your Jewish community at home, it is important to remember that Jewish communities abroad may look a little different. As you search for a place to practice in your new home, keep the following tips in mind: 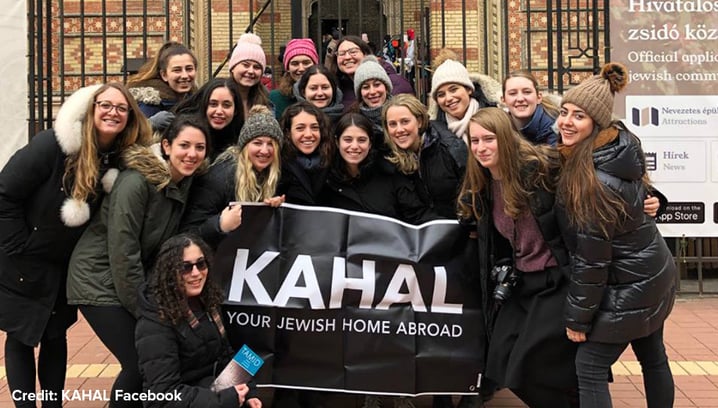 If you find yourself in a GE program location (or traveling nearby) over the holidays this season, or during another time in which you’d like to connect with the local Jewish community, here are some ideas for how to do so.

To get started, you may want to look into some of the main Jewish communities that exist around the world: the Masorti Olami Conservative community; the Chabad Orthodox community; Moishe House, a residential community that hosts Shabbat dinners, Jewish learning programs, and holiday celebrations; and KAHAL, an organization that connects Jewish students studying abroad to immersive experiences in their local community or one nearby.

Finding a Jewish community abroad can help bring a piece of home and a comfort to your new surroundings. Getting to know a new religious community is yet another way to expand your cultural competence and communication skills, all while getting to practice traditions that are important to you. Wherever you are this season, if you see a Jewish friend, be sure to wish them a sweet and happy new year!