The cast and crew of Game of Thrones have made Belfast and its surrounding land a hub of the show from its early days, from Winterfell Castle locations to The Wall of the Night’s Watch. Locals will have spied the cast and crew over the years, or will have tales of being an extra or tour guide for filming locations.

This show known for shocking plot twists and grand adventures that come to life through many of its iconic scenes in the below locations: 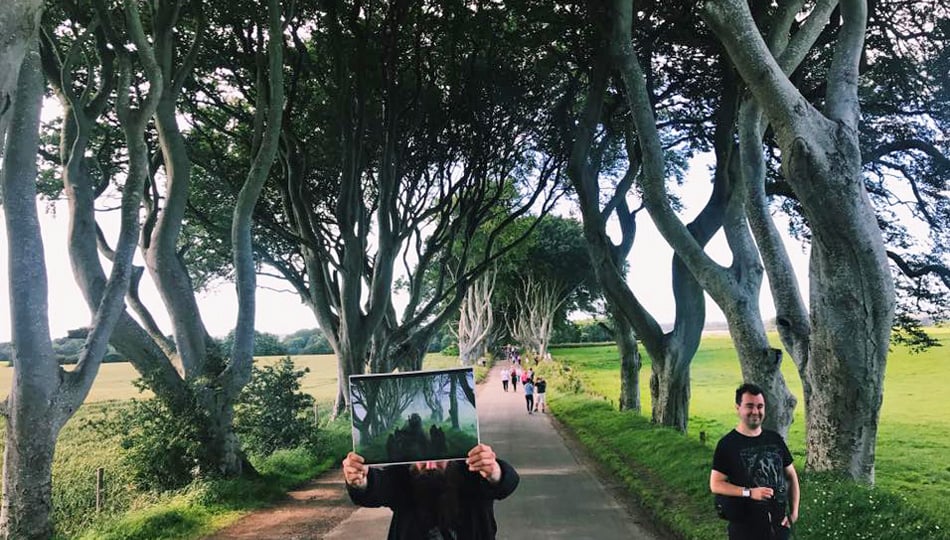 In disguise as a boy after the death of her father Ned Stark, Arya escapes from King’s Landing along the Kingsroad along with her newly acquired friend, Gendry. The two lines of trees that create an arched passageway (that are said to be haunted by the Grey Lady) perfectly capture the ominous tone of the episode. 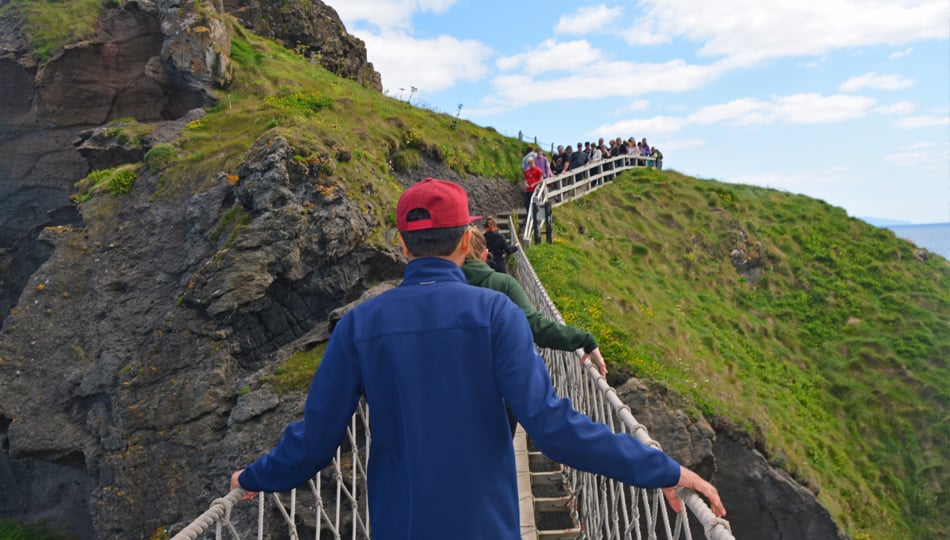 On top of being a great opportunity to get over your fear of heights, this rope bridge is where Euron Greyjoy makes his characteristically dramatic introduction to the show pushing his brother the Lord of the Iron Islands, Balon, off the bridge. Upon murdering him, Euron puts himself head to head with Balon’s daughter Yara as they both fight to become the next Lord.

Where the Red Priestess Melisandre to the Lord of Light birthed her shadow baby in front of an extremely uncomfortable Ser Davos, the Onion Knight. It would eventually murder Renly Baratheon in front of Catelyn Stark and Brienne of Tarth, and consequently be a key player in the War of the Five Kings. The night is certainly dark and full of terror - and very damp and cold for an actor’s birthing scene in this filming location.

Here at Ballintoy Harbour, Theon makes his arrival back to the Iron Islands at an attempt of reuniting with his family and re-establishing himself in Ironborn society. It is right along the pier that he is inspired to invade Winterfell, and makes one of the worst decisions on the show. 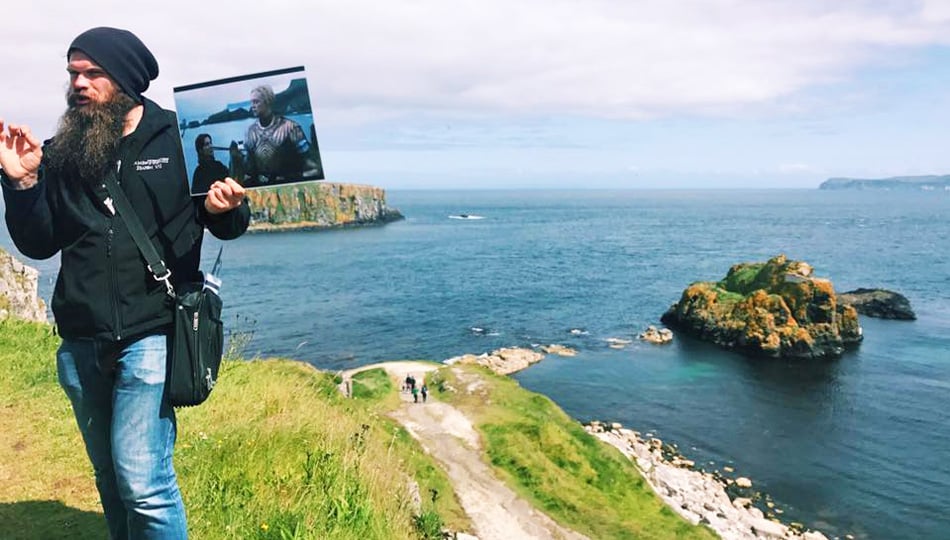 The parking lot at Larrybane Chalk Quarry was used to be Renly's camp in the War of the Five Kings. One highlight that took place here was when the mighty Brienne of Tarth is introduced to the show and bests Ser Loras Tyrell in a swordfight, becoming a member of Renly’s Kingsguard.

The fact that a mere parking lot was created for these scenes just highlights again how one could be transported to a whole other place and time using the magic of the simplest of locations.

The Cliffs of Moher - Horcrux Cave

While the center of Harry Potter filming locations would typically be England or Scotland, one unforgettable scene in Harry Potter and the Half-Blood Prince is undeniably in Ireland. In the climax of the movie, Harry and Dumbledore search for one of the sorcerers Voldemort’s Horcruxes, or pieces of his soul.

Dumbledore and Harry would discover that the darkest and most powerful sorcerer in the world had hidden in a place just as intimidating, proud, and stunning as himself. A wildly popular tourist location in County Clare, the Cliffs are a site to see, vast and magical on and off screen. 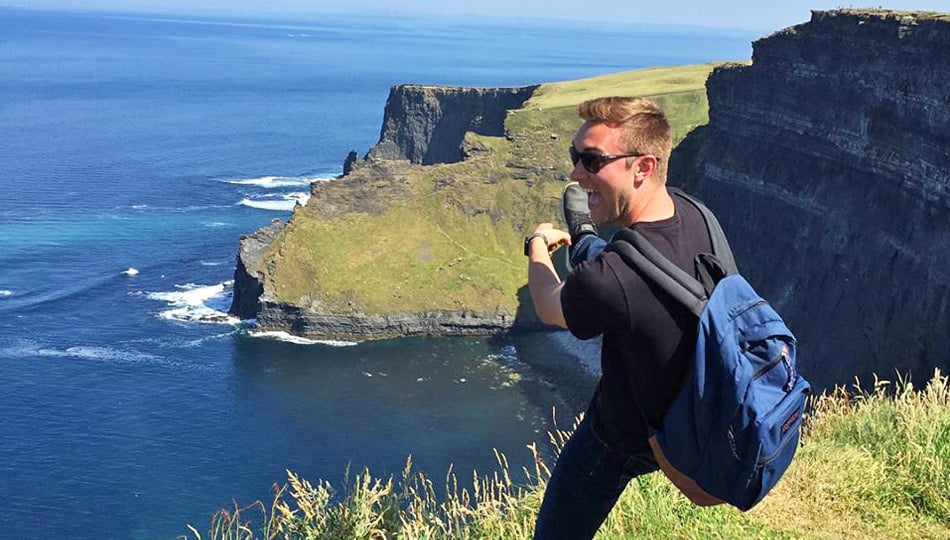 While the older, beloved favorite, The Princess Bride, is not on the same grand scale as the others productions listed, it is a tale full of adventure. Fencing, fighting, torture, revenge, giants, monsters, chases, escapes, true love, miracles, as well as pirates, mutton lettuce and tomato sandwiches, and rodents of unusual size. To capture such a story on screen would take breathtaking locations.

One specific obstacle in this movie is the Cliffs of Insanity, which the giant Fezzick climbs carrying along master swordsman Inigo Montoya, the kidnapped Princess Buttercup, and criminal mastermind Vizzini with the Man in Black following behind them.

Once they reached the top, Inigo Montoya and the Man in Black aka Dread Pirate Roberts aka Westley “as you wish” Farmboy would have their famous sword fight as Westley rescues Princess Buttercup. The Cliffs of Moher make another appearance in this movie as the formidable Cliffs of Insanity. Inconceivable!

During the filming of the new Star Wars cycle beginning with The Force Awakens, a replica of the Millenium Falcon was being reconstructed in Malin Head, Donegal, Ireland’s most northerly point. 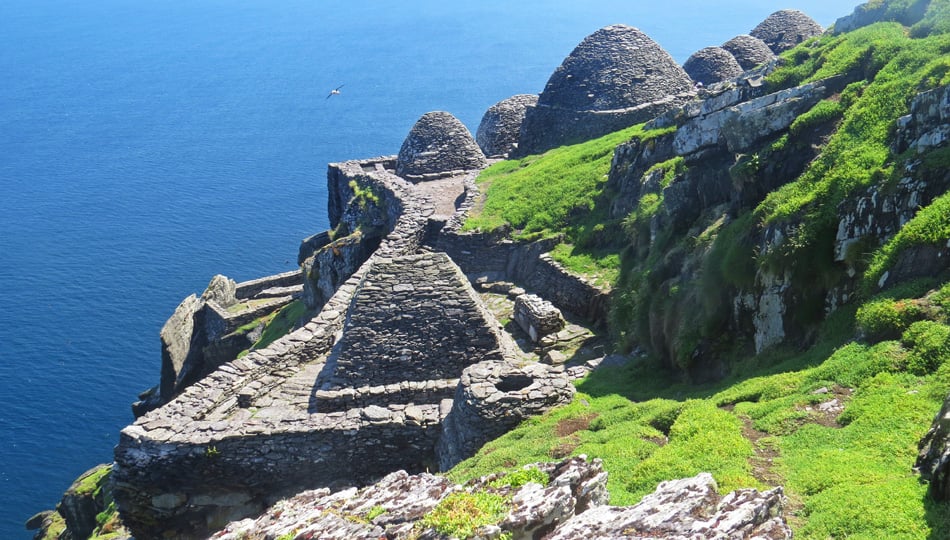 You can get to where Rey finds hermiting Luke Skywalker and eventually stays to train with him by taking a boat tour and climbing the many stairs to the valley on Skellig Michael, an island in County Kerry.

At certain times of the year, you can find the native puffin population who inspired the porgs in The Last Jedi. Star Wars aside, the island’s history is of a Gaelic Christian monastic settlement and is a UNESCO World Heritage site.

Lord of the Rings

It’s still contested if Lord of the Rings author JRR Tolkien really was inspired in any way by the Irish landscape or myths for his creation of Middle Earth, despite the fact that there have been festivals held in the Burren in County Clare in his honor.

Tolkien admitted to being inspired by primarily Scandinavian and Welsh myths, but in the rocky Burren, there is coincidentally also a cave named Pol na Gollum that may or may not have inspired him to name one of his most popular characters Gollum. 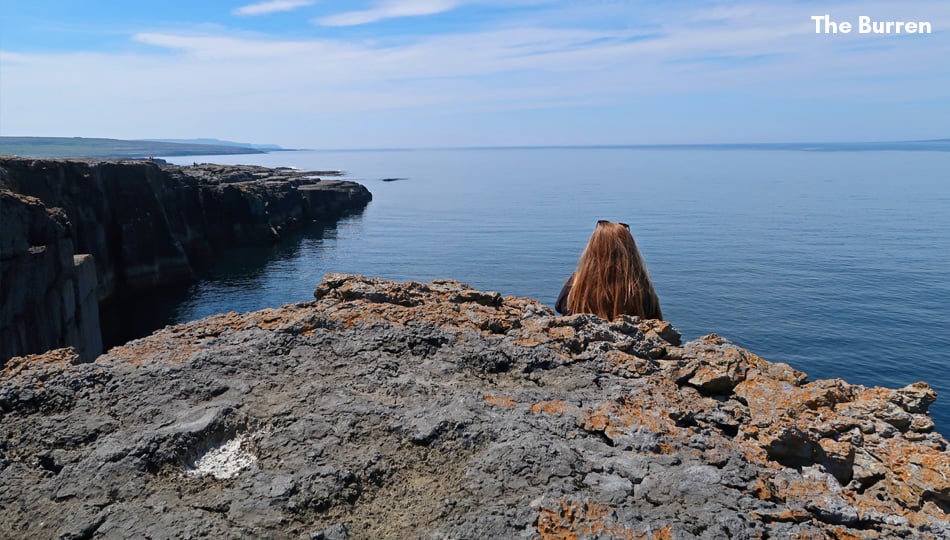 Even passing by pubs in Ireland like The Bleeding Horse, you might recall The Green Dragon and The Prancing Pony from Lord of the Rings, or even how the script used on signs and pages in Hobbiton looks like Irish.

It’s also possible this theory is a combination of an internet-born rumor that associated the Burren, with its otherworldly landscape, and JRR Tolkein’s frequent visits to Ireland, though they mostly took place after he wrote the books.

Regardless, the similarities to Middle Earth on screen in the Lord of the Rings movies can be seen for oneself and so it’s not difficult to imagine why it may have been possible given the fantastic elements of Ireland’s landscape. One can easily imagine Gimli, Aragorn, and Legolas chasing after the band of orcs that kidnapped Merry and Pippin there instead of New Zealand.

Do you want to experience the scenes of many people’s beloved favorite movies and shows, and make the connections close to home in a new place? Interning in Dublin is an amazing opportunity to develop professionally while also getting to explore!