Celebrate These Top Holidays and Festivals in Italy

Italy is full of some of the world’s greatest architecture, works of art, and food. Matched with a long list of celebrations that are spread throughout the year - what’s more to love! Italy is home to two of our fantastic international internship program locations, Milan and Florence.

Each city holds an endless amount of internship opportunities and experiences. Check out our guide to the top holidays to celebrate while interning abroad in Italy. 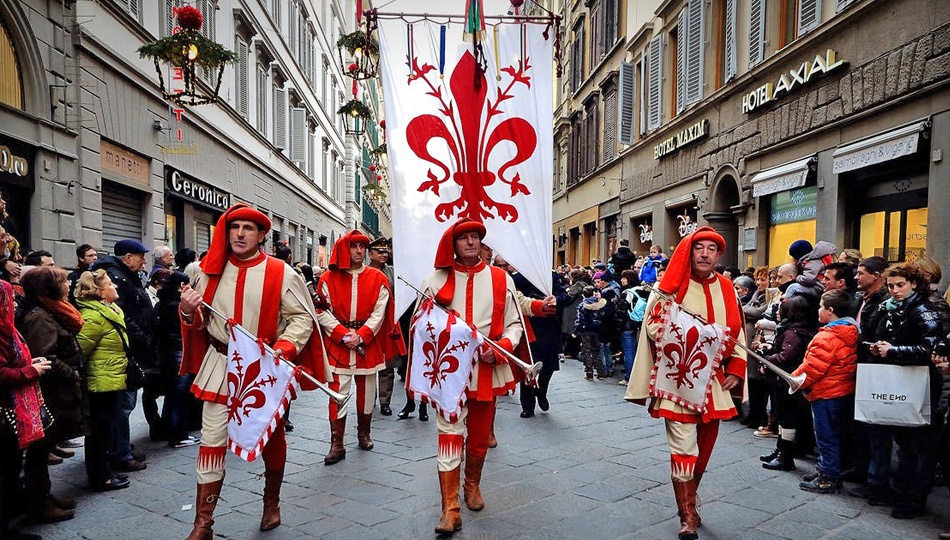 From the very beginning of your spring internship, you’ll be celebrating in Italy. The Epiphany celebrates Befana, an old woman that rides a broom to bring sweets and gifts to good interns. For any bad interns, she’ll bring coal.

In Italy, she is just as famous and beloved as Santa Claus, but not as well known around the world. The holiday has a lot of small nuances and marks the end of the Christmas season. Depending on where you are in Italy, will influence how you celebrate the Epiphany.

In Florence, you’ll find a grand parade welcoming the three wise men into the city. Nearly 500 people all dressed in beautiful and colorful customs follow the three wise men as they deliver gifts to a live nativity set up in Piazza Duomo.

Make sure to celebrate with the lords, knights, soldiers, and country folk that fill the area. Drummers will fill the air around you with traditional Epiphany music and the flag-throwing company, sbandieratori, show off their impressive and colorful skills.

Milan holds its own Epiphany Parade of the three Kings. The parade starts from the Duomo and winds its way down to the church of Sant’Eustorgio. If you’ve made the brilliant decision to intern in Italy during the spring experiencing the Epiphany is a must. 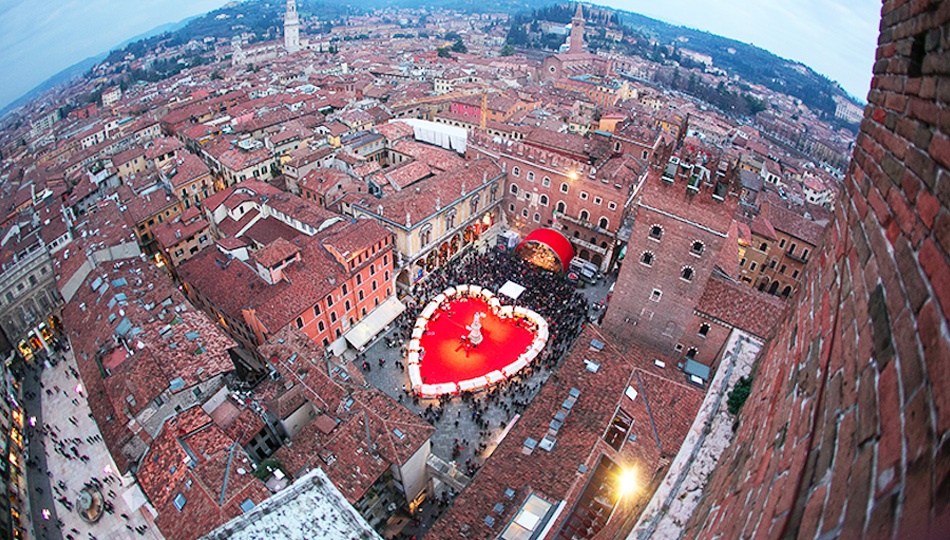 Celebrate Valentine’s Day in the country where it all began! There are some similarities and differences in the way you might normally celebrate the day of love. No cards are given out, and couples celebrate the holiday with simple romantic dinners. You may see bridges covered in padlocks. Younger couples will carve their names into padlocks, attach them to bridges, and toss the key into the river.

Florence is considered one of the most romantic cities in Italy. Of course, the city of Romeo and Juliet has to turn Valentine's into more than just one day. Valentine’s day lasts four days in Florence and takes over the entire city.

In the center of the Piazza dei Signori, a giant red heart is painted. You’ll notice heart shaped lanterns are hung on every street in the city. You’ll have the chance to listen to romantic music at many free concerts held over the four-day celebration; test out your writing skills by entering a letter for Florence’s most beautiful letter to Juliet competition.

Italy may already be known for its incredible food, but on Valentine’s Day, things get even sweeter. Famed chocolate maker Baci makes an exclusive treat just for Valentine’s Day. Sink your sweet tooth into the chocolate with a sweet red cherry and liquid center; on the inside of the bright shiny wrapper, read a love note meant just for you.

40 days before Easter, Carnevale is celebrated around the world. Technically Carnevale is only a single day, but celebrations in Italy can start weeks in advance.

Across the country locals say “a Carnevale ogni scherzo vale” which translates to “anything goes during Carnevale” - which is basically true! You will become part of the parades, masquerades, balls, and entertainment in Florence or Milan.

Milan and Florence keep the party going for days and the locals take it very seriously. Floats and parades create a vibrant background for all the elegant customs that fill the city streets. The smell of sweet treats, loud music, and colorful confetti will surround you.

Live and celebrate like a local by experiencing Carnevale during your internship abroad!

Every year on March 8th, Italians celebrate Feste Della Donne, also known as International’s Women’s Day. This isn’t just a symbolical day on the calendar, it’s a holiday that Italians take seriously and celebrate everything women have done for society.

Historians have debated some of the dates and details about parts of the holiday, but it all started with a women’s strike in New York on March 8th, 1857. The holiday has lost its political tones over the last few decades and instead focused on celebration.

To mark the occasion, men give women the traditional gift of yellow mimosas (the flower, not the cocktail). Men give this yellow flower to their significant other, and in recent years, it’s become common for women to give each other the flower.

The scent of mimosas will fill the air around you symbolizing the celebration of women and welcoming in spring. Political rallies are still somewhat common on the day, but today the holiday is more about the gratitude and celebration of women. During your internship abroad, make sure to celebrate Feste Della Donne, and everything women contribute to society. 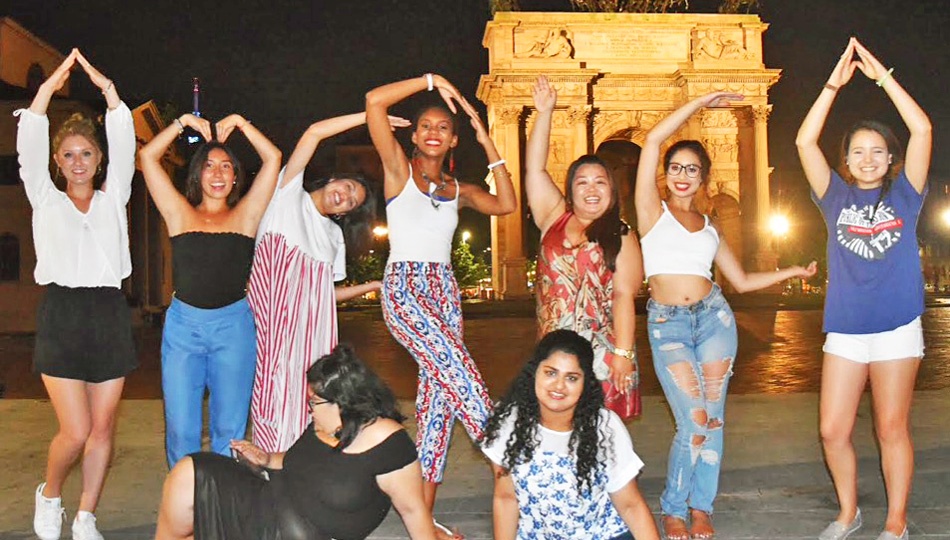 La Festa della Repubblica is Italy’s Independence Day and one of the country’s most important holidays. The day celebrates the end of monarchs and the country officially becoming a republic. Expect your workplace to be closed as Italians all over the country take to the streets to celebrate the historic day.

The main parade and ceremony are held in Rome but don’t worry, there will be unique celebrations in both Milan and Florence. Each region of the country celebrates the day a bit differently. Large amounts of regional cuisines are severed at the many local festivals across Italy. Italians are very proud of their heritage and want you to become part of the celebration.

"I celebrated Republique Day like right when I got there. It was a Monday, and the city was off. So it was just nice to chill and soak up the city within the first few days of being there. When there’s holidays in Italy and much of Europe, a lot of places close because they value that day of celebration or rest. So it was a nice change of pace, but definitely, don’t plan your grocery shopping that day!” said Bryanna W. who took part in one of our many fashion internships.

Celebrate Italian independence and heritage with your summer internship abroad. 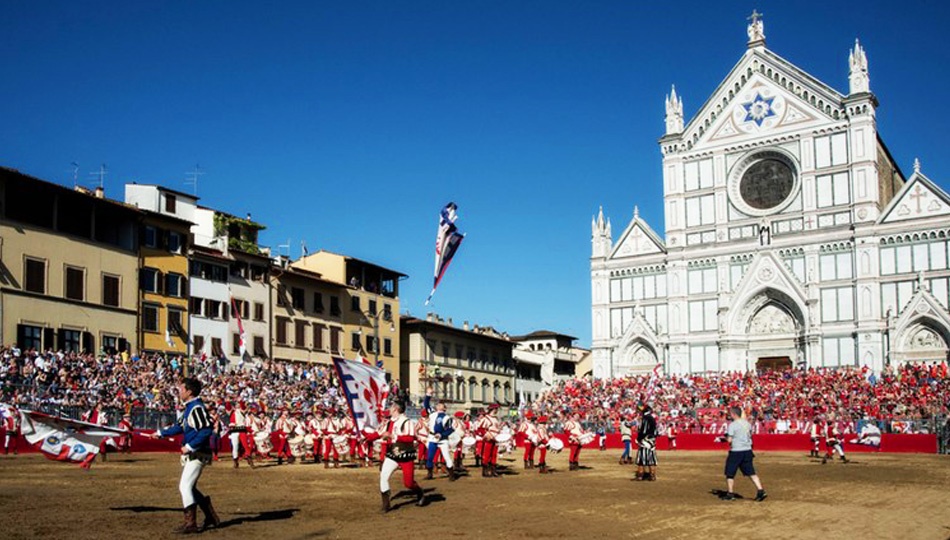 On June 24, Florence celebrates its patron saint, St. John the Baptist. Unlike Independence Day, St. John’s Day has been observed for centuries. In the past locals celebrated St. John by donating large and expensive candles to churches. Even today you’ll see the tradition of donating candles is common, but over the centuries the city has turned St. John’s day into so much more.

Only on St. John’s Day there are special boat rides to take you on the Arno River. Take a ride during the day to see Florence’s skyline or at night to see the massive fireworks display light up the city.

Summer is the only time the ancient San Niccolo tower is open and is a must-see during your time abroad. The tower is one of the oldest buildings in Florence and officially opens on June 24th.

The best and most competitive aspects of football, soccer, and rugby are combined into one sport. The final match for Calcia Storico Florentino, an old and fascinating sport, takes places at a special field in the Piazza Santa Croce. The game was first played in 16th in Renaissance Florence and resembles an early version of football. Make sure to buy your tickets early as they can be hard to come by!

The long day of celebration ends with a massive firework show that can be seen from nearly every corner of the city. Most Florentines spend the night finding the perfect spot to watch the show. In older parts of the city, you can find restaurants, hotels, and hostels that will let you watch from the rooftops or balconies.

“The whole city was decorated for it, and we had a feast with some locals before the biggest fireworks show I've ever seen. We didn't even realize it was a holiday there until we showed up, and it made it so special!” Ellie H. mentioned about celebrating the iconic holiday during her graphic design internship abroad in Milan.

Even though the Eurochocolate festival isn’t in Milan or Florence, and technically isn’t a holiday, our interns say its a must-see. The festival has been going on for almost three decades and is every dessert lover’s dream.

The usually quiet streets of Perugia become packed with vendors and visitors selling and eating mass amounts of sweet treats. Any and every flavor and form of chocolate you can imagine can be found at Eurochocolate.

"The Eurochocolate Festival is truly a dessert lover's haven! Countless sweets vendors from around Europe set up the most unique and mouthwatering small shops on the streets in Perigua. Not only was I able to admire (and try!) many different types of candies that I would never have known about otherwise, but it was a great way to explore this gorgeous Umbrian city. Perigua is an underrated Italian destination, and once you arrive there you wonder why you hadn't planned a trip sooner. It's lined with numerous cute cafes and boutiques, and there's so much history there to learn about!" - Global Experiences Florence alum Lydia T. 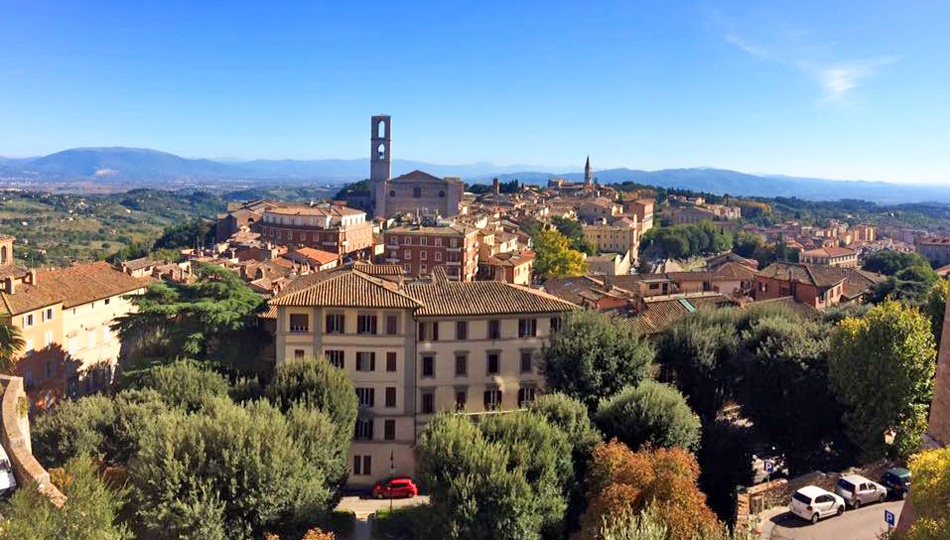 Aim to go to the first day of the festival. That’s when artists show up to make giant sculptures out of huge blocks of chocolate (See the giant chocolate mustache above).

Italy has never embraced Halloween the way you might be used to. However, the day after Halloween is a national holiday and one of our interns’ favorites.  On November 1st, All Saint’s Day is celebrated across parts of Europe, celebrating all the Saints of the Catholic Church.

Depending on which one of our program locations you are interning abroad in will affect how you celebrate. Across the country families go to their local parish for mass. Afterwards Italians celebrate with parties and dinners that feature regional cuisines.

“I happened to go out for dinner on “All Saints Day,” and there was a beautiful church nearby so we happened to stop by, and it was perfect timing because the whole place was covered in flowers! Apparently Italians bring flowers to the graves of their relatives on that day. But not only was the gravesite covered in flowers, but the inside and front of the church, along with candles! It was so magical! So, November 1st in the evening after the procession is the day to go visit Cimitero Monumentale!" - Katherine, our Milan Fashion Business intern (her photo credit above: If you look closely on the steps you can see some of the flowers)

Welcome in Fall and get a taste of Italy by celebrating All Saint’s Day!

Come celebrate Italy with an international internship in Milan or Florence. Fill out an application and schedule a call with one of our Admissions Counselors to start planning your internship abroad.