Celebrate These Iconic Holidays While Interning Abroad in Costa Rica

Costa Rica is known for its unique culture, amazing people, and breathtaking landscapes. Throughout the summer, Costa Ricans celebrate some incredible holidays you won't want to miss while living and interning abroad in San José! 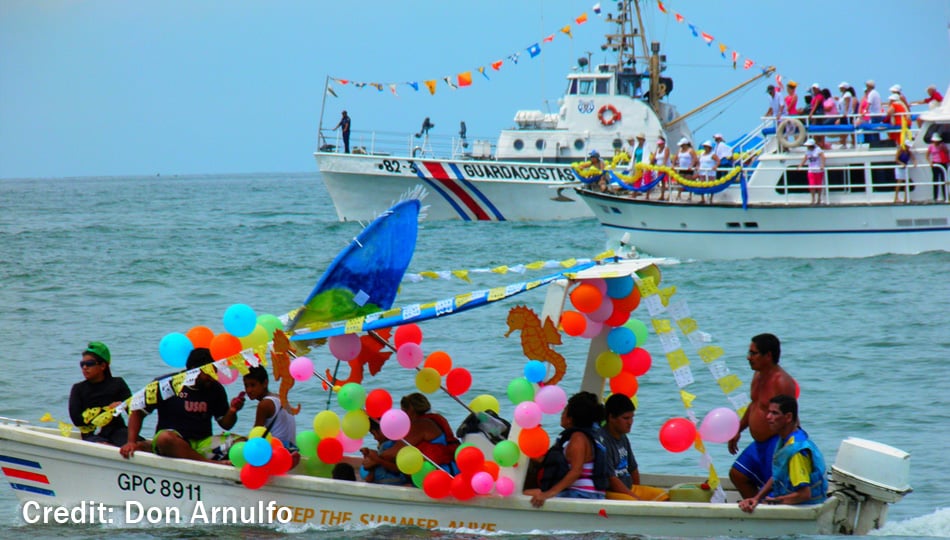 Fiesta De La Virgen del Mar remembers the day in 1920 when fishermen and boats were caught in a wild storm. The men prayed to the Virgen del Carmen and were able to return home safely. Now every year on the Saturday closest to July 16th, the people of Costa Rica celebrate the day of happiness with festivals and sailing.

The day is honored across the country, but the biggest and best celebrations take place in the city of Puntarenas. The day kicks off with everyone decorating their boats with lavish displays of flowers, lights, streamers, and flags.

Thousands of people gather in the harbor of Nicoya Gulf to watch local priests bless and strengthen each boat. After the blessing, boats sail through the harbor seeking protection from the Virgin for another year at sea.

Later in the day, the festivals get into full swing. Everywhere you go, you will see concerts, ox cart parades, sporting events, and dance performances. While celebrating, you can indulge in the traditional Costa Rican food found in nearly every corner of the festival.

Some of the most popular dishes include soup and a main dish of rice, sweet beef, and beans called “Casado.” Celebrating the Fiesta De La Virgen del Mar is a must during your internship in Costa Rica. 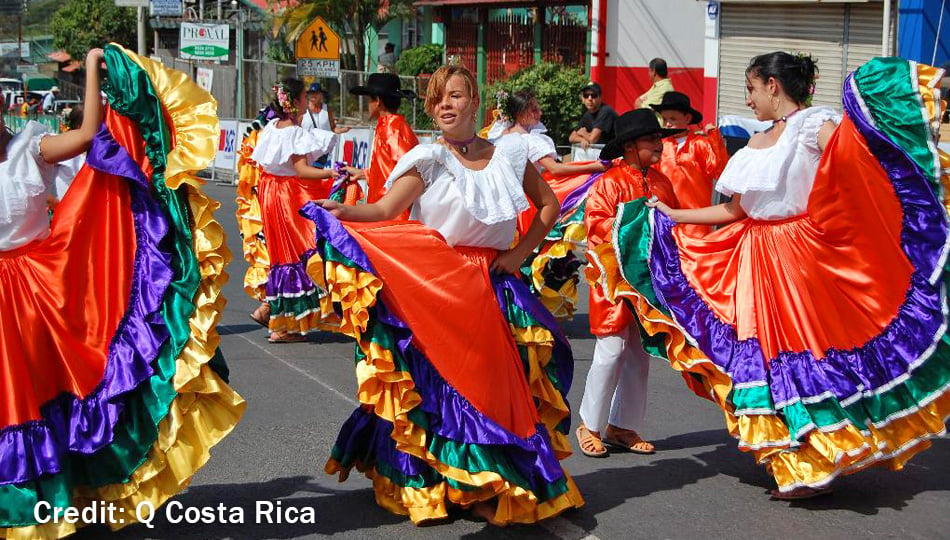 Guanacastecos are incredibly proud of their Nicaraguan past and their present as part of Costa Rica. The famous saying ‘de la patria por nuestra voluntad’ meaning ‘part of this country by our own choice’ is proudly displayed across all parts of the provenance. The day is a celebration of Costa Rica’s history and values of democracy.

On July 25th, don’t expect anything to be open as it is one of the most important public holidays in all of Costa Rica. Banks, government buildings, and most stores will be closed as celebrations and events take place across the country.

You’ll celebrate the day with many classic Costa Rican traditions including folk dances, music, parades, and cattle shows. Parades usually involve children making their way through the city to the center of town while wearing masks and different costumes.

Expect to see bullfights as part of the celebration. However, bullfights in Costa Rica are quite different than what you might see in other countries. Across the country, locals watch what’s known as “Tico style bullfighting.” Instead of the bull being killed, the focus is all about young men teasing the bull or cow in a ring for only a few minutes.

You’ll also be surrounded by music played on Costa Rica’s national instrument: the marimba. The marimba looks like a giant xylophone but emits a much more mellow tone. Just like most Costa Rican celebrations, there will also be plenty of food to enjoy including traditional items like tamales and grilled meat with tortillas. On July 25th, feel the excitement and celebrate Costa Rica’s history during your internship abroad.

Amongst the many holidays and celebrations in Costa Rica, religious events and holidays are cherished above all else. Virgen de los Angeles Day is one of Costa Rica’s top three most important religious holidays. The day has been observed for hundreds of years and annually draws nearly 2 million visitors to San Jose.

Costa Ricans from every corner of the country travel to San Jose in preparation for the pilgrimage to the city of Cartago. For hundreds of years, Cartago was the capital of Costa Rica and now holds the Basilica de Nuestra Señora de los Angeles, which is the main altar for the patron saint.

Most people will walk the 17 mile-pilgrimage while others ride bulls or horses, and it's not uncommon to crawl on hands and knees for the last few hundred feet. Many people make the journey to bathe or drink in the blessed water of the church, which is meant to treat diseases.

You may notice others will bring medallions to leave near the statue of La Negrita in hopes of receiving a cure. Celebrations that take place throughout the day include holy processions, prayers, meditation, and fairs. Virgen de los Angeles Day is truly special to Costa Ricans and it’s one you must celebrate to feel like a local.