21 Things to Know Before Interning in Stockholm

Deciding to intern abroad is a huge step, one that will differentiate you from your peers and broaden your view on the world. But you don't want to just intern anywhere, you want to make sure that the place you're going fits your goals, your personality and your curiosity.

We believe that Sweden could be right for you. Don't take only our word, however. Check out these 21 points about Stockholm and the Swedish that will help you figure out if this is where you want to intern abroad.

There are about 1 million people living in Stockholm and roughly 15% of that population are non-native citizens. That’s right, around 200,000 people living here are not even from Sweden! This is a truly multinational city. 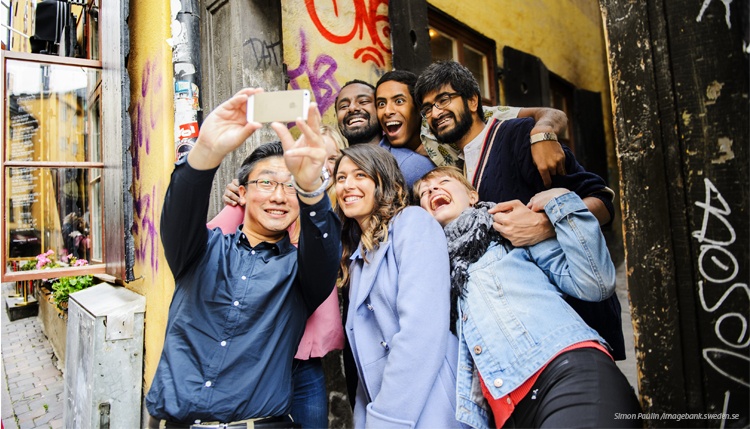 Sweden repeatedly receives awards for having the most proficient non-native English speakers in the world. Additionally, it is estimated that there are about 200 total languages spoken in the city! Maybe you can get some practice in some other languages too.

It’s no surprise that the Swedes are pretty tolerant people given their capital city’s demographics. The benefit of this is that you will not be judged for who you are or what your interests are. That's not anyone's place to judge. The opposite side of this is that the Swedish people really don't like to argue about things. So if you're a super combative person, this could be a fun change for you!

Resting on Sweden’s third largest lake, Stockholm spreads across 14 main islands and various smaller micro islands. Connected by a system of over 50 bridges and ferries, this is a true canal city. What’s best is that the water is incredibly clean...step aside Venice, you have some competition 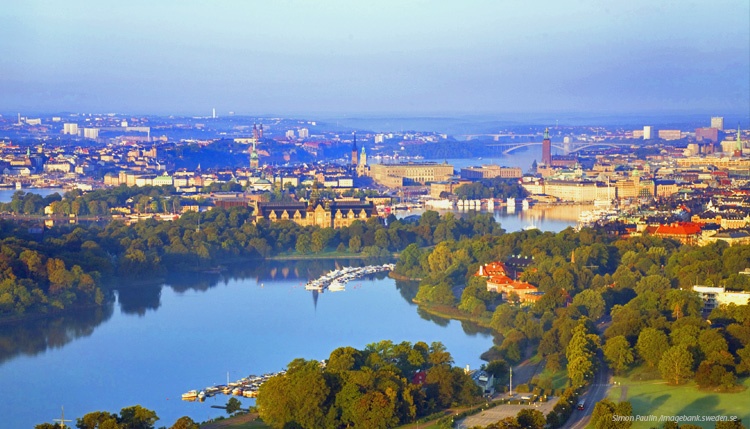 Consistently named as the least polluted city in Europe and the greenest capital city - this is one of the best places to live on Earth. With 30% of the city consisting of extremely clean waterways and another 30% as parks, there is never a short supply of things to do, which is great news to all our more adventurous Global Experiences interns.

6. Daytime all the time

With over 1000 parks across the city, it may seem like there will never be enough time to enjoy them all. Well, that’s not quite true. In the summer months Stockholm experiences around 18-20 hours of sunlight! Most of the time the sun rises around 3:00 am and won’t set until 10:00 pm or later.

Nordic cultures have a long standing tradition to enjoy saunas, spas and anything in between. This tradition is alive and well in the center of Stockholm, where the 32,292 square foot Centralbadet awaits would be spa-goers. This is a massive pool designed over 100 years ago by architect Wilhelm Klemming and is still enjoyed to this day. 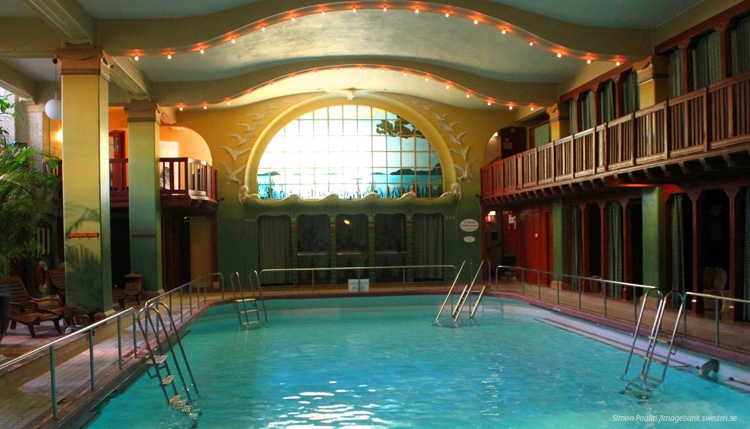 Alright, most people hold a bit of fondness for where they were born. This is no different in Stockholm. As such, if something seems strange or inconsistent to you don’t pick on it and complain; try to understand the issue but don’t drone on about it. I mean, how would you feel if somebody consistently told you that your way of life is different and they find it weird?

10. Home of the Nobel Prize

Why wouldn’t Stockholm become one of, if not the “Smartest IT City” on Earth? After all, this is the origin and home of the Nobel Prize Awards. Every year, scientists from around the world gather to reward exemplary advances in academics, science or culture. You can even visit the Nobel Museum and see some of the life-changing discoveries that have received awards.

This is a city built for the future. Roughly 85% of all the jobs in Stockholm are service industry jobs. This is an ideal location for interning abroad in IT/Tech, Hospitality, Marketing, NGOs and more. With its record breaking internet speeds, it has even recently been titled as the “Smartest IT City” on Earth.

Northern Europeans tend to have this reputation of being...well...cold and distant. Don’t let this discourage you, however! Muster your inner extrovert and you will find that any Swede will be happy to talk to you. You may just need to take the first step ;).

Public transportation is probably one of the least sexy concepts out there. In this northern capital city, however, it has been turned into a work of art. Known as the world’s “Longest Art Gallery,” over 90 of the 100 train stations across the city have been decorated with paintings, mosaics and sculptures since the 1950s. Additionally, these trains are so fast and timely that you'll never be late for your internship :). 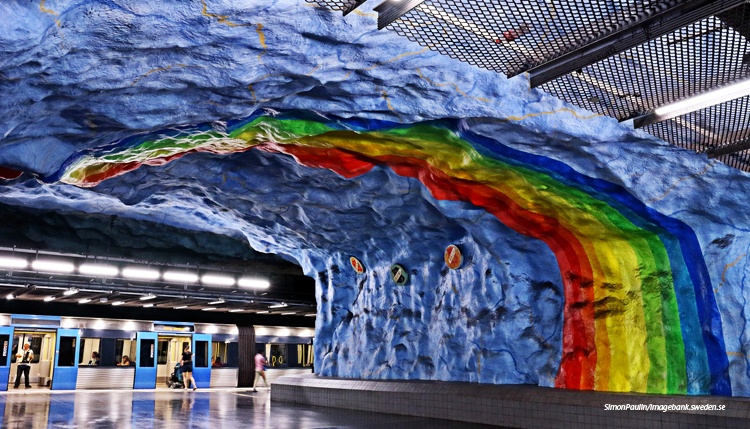 If you're not feeling public transportation, don't stress! European cities in general tend to accommodate many modes of travel and Stockholm is no different. Residents love to bicycle and it is a common way to get to work, social events and pretty much everything in between. In fact, it is estimated that around 70,000 bicycles cross the city’s borders every single day! Luckily for you, there are plenty of bike sharing systems to take advantage of during an summer or fall internship!

Many not used to this culture may find that exaggeration and boasting is not looked well upon in Sweden. These people like the truth and do not like to see it stretched. This may be harder for some to get used to...looking at you, Californians...but who knows what vocabulary you’ll put to use in place of “awesome” “huge” or “literally”!

The Swedes of today are almost polar opposites from their ancestral viking heritage. However, you can still find museums dedicated to their ancestry throughout their capital. What’s even cooler is that you can still see ancient rune stones built into ancient city walls. Who knows what magic is left inside? 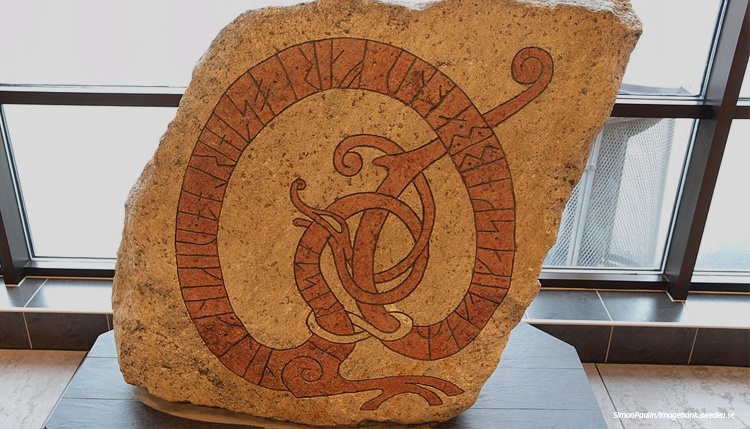 What are the two things that people usually think of when they hear the word Swedish? That’s simple; it’s meatballs and IKEA. We’ll get to the meatballs later but for now rejoice over the fact that the original IKEA store can be visited while you are in the nation’s capitol. Boasting a staggering 55,000 + square meter floor space, this is the mother of all furniture stores...figuratively.

Who doesn’t love some Abba? Mamma mia is pretty much a classic! The Swedish have taken it a step further and actually built an entire museum to Abba in their capital. See some of the gold records, wardrobes and history of the band while also getting a chance to be the “fifth member of the band!” That’s right, you can try on clothes, sing in the polar studio and dance alongside actual holograms of the original band!

I’m not even going to try to boast that Swedes love food; who doesn’t? Have you tried their meatballs?! But I bet you didn’t know that the word Smorgasbord actually comes from Swedish, meaning “a buffet of cold and hot meats served with salads or hor'dourves.” Don’t miss out on Swedish delicacies like reindeer to fresh seafood, lingonberries, nordic cheeses and crisp bread...though, maybe pass on the pickled herring.

Alcoholic beverages are as common here as anywhere else in Europe and as a staple nation of the "Vodka Belt" it has a tradition to uphold. However, the legal age to buy alcohol in Sweden is 20 years old and alcohol stronger than 3.5% by volume is actually controlled by the Swedish government. Anything above that level must be purchased at government-run stores. As such, it is far more common to see people with large "strong beers", fruity ciders and various forms of schnapps.

Of all the other tips above, try to remember this one. Stockholm is a city built for the future. It has a structured plan for the next 13 years and is constantly trying to improve itself and the quality of life for all of its residents. Use your time interning here as inspiration, education and don’t ever stop trying new things. This may just be what you're looking for!